This page is a recreation of Bianca Karina's Assignment Tracker 2.0 file. To view the original primatechpaper.com file, go to case number C015, and enter the password BKoir72mn. 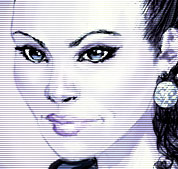 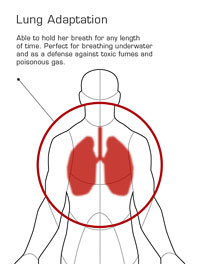 80%
Bianca Karina was born to French immigrants in St. Louis, Missouri. Her grandparents had been the first of her family to move to the United States, and Bianca's parents both worked full-time during her childhood to support the extended family. As a result, Bianca spent significant amounts of time alone as a child, despite an apparently loving relationship with her parents. In fact, Bianca's childhood appears to have revolved around worship of her father, even though she was able to spend little time with him.

Bianca has transitioned quickly into life as an agent. She reacted eagerly to additional details regarding her lung adaptation and to the news that there were many others in the world with unique abilities. Additionally, her relationship with has Cruz flourished. Bianca and Cruz recently became engaged while vacationing in Paris, France.

However, psychological pressures cause her to lean more heavily on these support mechanisms, which can lead to distraction and misplaced loyalties. Furthermore, if her support mechanisms are themselves threatened, the results could be extreme. An example of a positive effect is her aggressive and ultimately successful efforts to subdue a dangerous subject and rescue Cruz during her recent Berlin operation. On the other hand, negative examples of her co-dependency include her reaction to questioning during the same Berlin operation; such questioning threatened not only her perception of her acceptance as an individual through her involvement with the Company, but her relationship with Cruz. In a sense, Bianca's psychological health is now tied directly to that of the Company and Cruz.
Retrieved from "https://heroeswiki.ddns.net/index.php?title=Assignment_Tracker_2.0/Bianca_Karina&oldid=17640"
Category: