Charles Deveaux was Simone Deveaux's father and one of the the Company's founders. In 1961, Charles was among those who were taken to Coyote Sands, which was where he met Angela Shaw, Daniel Linderman and Bob Bishop. Charles went on to form what would soon become the Company with these three individuals. Charles was an evolved human with the ability to control the functions of others' brains.

Simone tells Isaac that she never did figure out how the pigeons got into their cages on Charles's rooftop. She adds that her father used to say, "If they found their way, we ought to let 'em be".

Peter has a dream about the first time he met Simone. In that dream, Peter's mother appears to know Charles from before, and they speak about the explosion that will change the world. Charles thinks Peter should be the one guiding the world instead of Nathan. After Peter's mother leaves, Charles tells real-time Peter that he knows Peter is there and that he is the only one capable of stopping the bomb because he can love unconditionally, apparently using his telepathy to interact with Peter's dream. 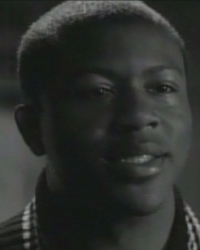 In 1991, Charles talks with Bob about what it is like being a father and how he needs to enjoy it instead of getting bogged down by Elle.