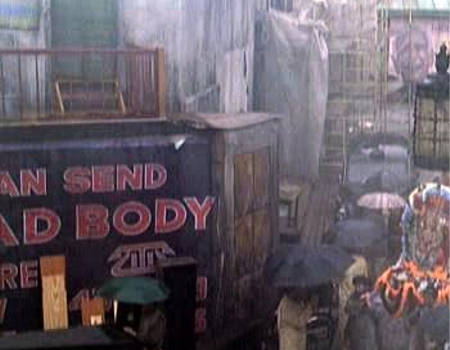 The streets of Madras.

Madras, India is the fourth largest city in the country, with a population of nearly seven million. Largely industrial, it is considered the automobile capital of India. It is the former home of Chandra and Mohinder Suresh.