From Heroes Wiki
Revision as of 05:17, 11 February 2007 by imported>WolvenSpectre (No evidence yet that she was more than tazered severly and repeatedly while Jessica was in charge.)
(diff) ← Older revision | Latest revision (diff) | Newer revision → (diff)
Jump to navigation Jump to search 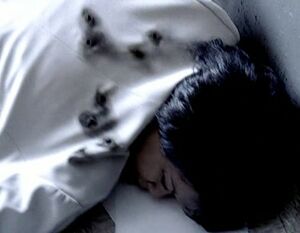 Dr. Witherson is tasered and possibly beaten by Jessica.