Did anyone notice Nathan completely forgot to mention his other children? i actually found that quite funny. His last thoughts could have been "oh crap i forgot to tell him to watch over my other kids that can't heal from anything" lol!!! - User:devane1835

it took me a while but I actually like Peter's new power better i mean when he had empathic mimicry everyone seems to forget he never used it and when he did he didnt use it effectivly and it seemed as though the writters were always avoiding him using it. Like season 1 he's gathering and learning to control his ability. fair enough. season 2 he had to learn to use them all over again and he only used them for like 6 episodes. than in season 3 he had the ability for 6 episodes if i'm correct. 3 of which he spent in somebody else's body without them and 1 and 1/2 episodes in which he was in a chemically induced coma before being rescued and in the same episode having them taken away. plus evem though most people keep saying he was so much more powerful they fail to note he has actually won more fights since aquiring his power

he was smart enough to take sylar down with just shapeshifting and flight he was able to beat Edgar he was even able to beat the living crap out of sylar by simply taking his powers away now imagine the same course of events if peter had empathic mimicry and asorbed the haitians ability,everyone would moan that sylar is dead or peter would have to do something stupid (i dont know electocute himself) either way i seriously doubt the writters will give peter his original ability unless they whipped it out as a one trick pony. - User:devane1835-16.50pm (GMT)

Is it just me, or did it seem that there was a last minute change in how the episode was edited together? There were a couple things that appeared to have been intended for different episodes, before they changed things up. The scenes with Eli were completely disconnected from the other Circus scenes, and given that we didn't actually see Eli return to the circus until today, it would appear that his scenes (along with the Noah/Lauren storyline) were perhaps originally meant to be in the next episode. It was a little odd seeing him appear on screen and realizing who he was, when the last we saw he was nowhere near the circus and had no intent to return there (until today's comic finally brought him home). Also, in the final series of quick cuts during the speech, there's a shot of Hiro apparently running through a jungle that seemed completely out of place (given that we haven't seen him since he disappeared to help "Watson"). This makes me think that originally, we were supposed to see Hiro's adventure this episode, and when they realized that they were going into a break after this they decided to not introduce a new storyline like that and instead to hold it off until after the break. Then they inserted the Eli/Noah/Lauren storyline into this episode as filler (because it's self-sufficient enough to be moved) and forgot that the timing wouldn't work anymore with the comic schedule. Does that make sense to anybody else? --Maelwys 09:54, 1 December 2009 (EST)

Does Sylar has Enhanced strength?

Peter and the nailgun

Did anyone else remember Noah and the knife from The Eclipse, Part 2? The "huh, this could be useful" look when they see something to use against Sylar will always be welcomed by me. Intuitive Empath - Talk - Contributions 12:55, 1 December 2009 (EST)

Where did the budget go?

Was that not the worst looking green screen effect ever, when Nathan was falling off the side of the building?--Gibbeynator 13:04, 1 December 2009 (EST)

The Fifth Stage was a good episode, but i think it's the worst volume final episode ever. Anybody agrees?-- Yoshi | Talk | Contributions 14:57, 1 December 2009 (EST)

I'm not a big fan of this image, because it's just nathan's head. What do you guys think about this image? 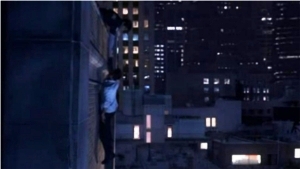 I think it's a much better picture with a great view too.

Here is the image I did, but you can see the cropping issue: 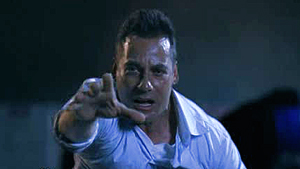 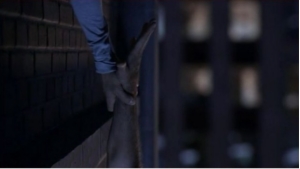 Proper size and without the NBC logo

Nathan forgot about his wife and kids

Title says it all. This is not the first time characters forget about certain characters. --JLYK

How did Sylar know Peter was coming for him?

I find it a bit strange that when Peter ventures out to find Sylar, not long after, Sylar gets into the hospital lift then ambushes Peter out of nowhere. How does that all come about? --acerious 14:30, 2 December 2009 (EST)

That short seconds were awesome! Can't wait to see them. Maybe that wasn't an upcoming episode... they were from this episode! lol just like Sylar going back to his old look! I'm really sure about this! I loved this episode --Themd 16:14, 2 December 2009 (EST)

Should we not count this as a speech at the end, the way mohinder used to do. We put this kind of thing down in orientation when he was around joseph's grave at his funeral. Why not this time? --mc_hammark 18:50, 5 December 2009 (EST)

I like the one we have just now, but it seems as though Nathan is not wanting to die cause he is reaching out as if to say help me. Can we get one where his hands are out to the side; the way you would imagine him on the crucifix. --mc_hammark 07:32, 6 December 2009 (EST)

I was always wondering, what happens when they get close when their ability is on? Who nullifies who? Or are they immune to their own ability?. -- (WaterRatj) 10:37, 22 February 2010 (EST)