Why is everyone saying that you do realize that when Peter had it he rarely ever used it effectivly or at all. season 1 he couldn't control it season 2 he lost his memory and season 3 he was in someone else's body for 3 episodes before he than spent an episode and a hlaf asleep in a cell had a short fight and than had them taken. it seems like the writters were avoiding all opportunites for him to use his powers! If he does get his powers back it will make it more or less impossible or harder to write stories for him since if he meets ANY character he has their ability, the amount of people who will be say "thats stupid why didn't Peter do this in that situation" sorry as much as I did like the idea of his original ability even the writters admitted that if they could start again they'd have given him his current power. sll in all ability replication is better in the long run. -- (devane1835) 12:54, 4 February 2010 (GMT) 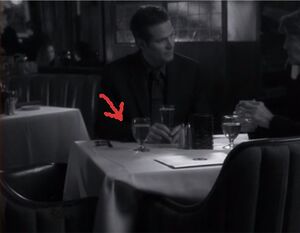