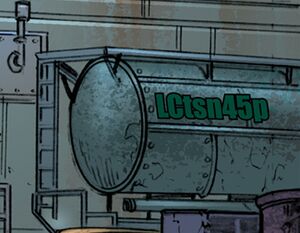 Gael Cruz, powers or not?

I want to know what's up with that black duffel bag

D.J. Doyle mentioned that black duffel bag quite a few times in the script, and was pretty specific about it. I think we'll be learning more about it sometime soon. -- RyanGibsonStewart (talk) 23:54, 7 May 2008 (EDT)