From Heroes Wiki
Revision as of 14:40, 30 March 2007 by imported>Hardvice (Since the Sureshes have used both "Psychokinesis" and "Telekinesis", it's possible they don't mean them to mean exactly the same thing.)
(diff) ← Older revision | Latest revision (diff) | Newer revision → (diff)
Jump to navigation Jump to search 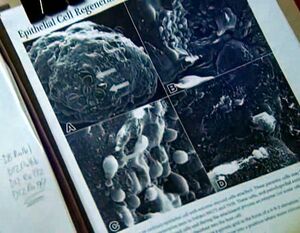