Rapid cell regeneration (also referred to as "rapid cellular regeneration", "spontaneous regeneration", "tissue regeneration", "epithelial cell regeneration", or simply "regeneration" or "healing") is the ability to regenerate all kinds of cells at an increased rate, resulting in any and all physical and mental injuries perfectly healing and regenerating in a matter of seconds or minutes. The possessor stops aging. Also grants the possessor perfect health and body, immunity to all illnesses, defects, disorders, drugs, toxins and other physical flaws. Users’ physical needs are greatly reduced or completely removed. These needs include air/breathing, sleep/rest, food, drink, bodily evacuations, shelter from environmental effects and their lack (heat/cold, dryness/wetness), etc. User is also able to stay unmoving without normal effects this would have (Adam remained buried alive without trouble). The possessor of this ability is granted complete immortality.

In one instance Adam died due to aging rapidly, when his power was taken from him by Arthur. In another instance the power was canceled out by the Haitians ability to negate powers, which resulted in the death of Arthur when Peter went to shoot him in the head, but the bullet was subsequently stopped in mid-air by Sylar, who then allows the bullet to continue on its course, killing Arthur while he is in his momentarily depowered state (Our Father). A similar circumstance is seen when the Future Claire shoots Future Peter in the exposed future in partnership with the Future Haitian, using his ability negation to make sure Peter's abilities won't allow him to escape as well as allowing him to be seriously wounded from the bullet, as he is unable to regenerate (I Am Become Death). 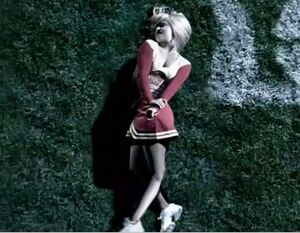