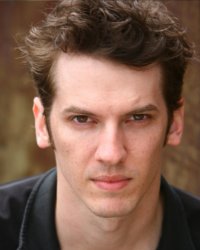 As a note, there is no such word as "Carnie." One person = Carny. Two+ people = Carnies. He is in fact credited as Carny #1 in the credits of the three episodes he appears in. Although "Firebreather" might be a more acceptable pagename since... well, that's what he does. Note also that the actor is a professional firebreather, check his headshots at his webpage: http://www.darylcrittenden.com/pix.htm --CourtesyofTVRage.com 23:46, 29 September 2009 (EDT)

The image on Chris Bowman's article looks alot like the character of this article, they even have the same facial hair. --Snow Leapord 21:07, 12 October 2009 (EDT)