Difference between revisions of "User:Barbedknives/Alexander Douglas"

Alex Douglas is computer science student who recently discovered he had some negative effects on the information around him.

Alex was raised by his uncle in a van down by the Mississippi River after his parents mysteriously died. He lived a hard life, struggling to get by and decided to begin schooling. One day, he discovered something truly terrifying about himself during class. His instructor was teaching programming, and he had a paper due that day that was stored on his floppy disk. To his horror, the data was gone and the disk corrupted. After contemplating what to do and thinking of how the professor would respond, he went into class nervous. To his luck, his teacher didn't even remember to collect the assignment that day. When a student reminded him of it, he had forgotten completely.

Unsure of his newly discovered powers, he is becoming increasingly frustrated as all his happy memories seem to fade away. 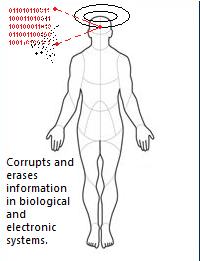 Alex posses the ability to destroy data just by thinking of it and concentrating. This data can be electronic, physical, or biological and has been shown to have many powerful effects.