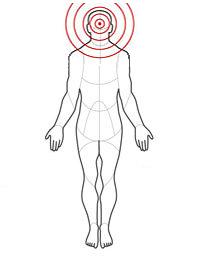 95%
Prof. Senna X. Bond is a 25 year old evolved human who is finishing his dissertation for his PhD in Philosophy. He was born in Iowa, but moved to Yankton, South Dakota at a young age. His father was Kelvin Bond, an Audiologist, mother was Noelle Bond, and sister was Blaire Bond. He did Lincoln-Douglas Debate and Science Olympiad in High School and was considered quite bright graduating at the top of his class. He majored in Philosophy and minored in Spanish and Chemistry at the University of South Dakota and went on to graduate school at the University of Michigan in Ann Arbor. Senna not only has Claircognizance, but also a form of power mimicry he calls Five-Elemental Based Ability Mimicry. As he states,

"Five-Elemental Based Ability Mimicry is the ability to mimic other abilities in relation to the elements (water, air, earth, fire, lightning) attributed to them. This ability lets one copy another ability after seeing it, but the copied ability must have an elemental type that corresponds to an empty elemental spot or would be able to replace the old ability that was in an elemental spot. If an ability has two or more elements, when coping that ability, it can go to any of the elements that it is comprised of. (ex. Atomokinesis has both Air - movement - and Earth - solid - attributes). One can switch abilities back, but that element’s position would be unusable for around a week during the switch."

So far, he has seen many abilities but currently has Telekinesis, Telepathy, Telephasing, Energy Manipulation, Phoenixian Mimicry. He has also exhibited healing, atomokinesis, technopathy, elemental manipulation, and lumokinesis. His Claircognizance also seems useful to his understanding of his and other abilities.

The Company tried to lock him, Sophia, and Maria up in 2005 but every agent who came their way had their memories of the three erased via Sophia's telepathy. Though Senna had telepathy at that time, he was under a personal vow to not use mimicked powers. When Pinehearst tried to recruit the trio, they where willing to join up at first. However, while they were discussing it, Senna used his Claircognizance to find out that they were trying to save the world through mass production of synthetic powers. He then analyzed what would happen in the near future. Though it drained him of all his energy, Senna was able to pull out that Pinehearst had to be stopped, and would be eventually stopped by one with a power negation ability, a regular human, and the infamous Sylar. With that knowledge, Senna set Maury Parkman packing saying that his son was going to be in danger if he didn't do anything. And with that, Senna let Pinehearst come to its inevitable end.

Senna also is the leader of the Evolved Human Faction, the Phoenix Alliance. An organization dedicated to uniting and training evolved humans all for the purpose to save the world.

Senna originally felt guilty of having two powers and restricted his use to Claircognizance and Telekinesis. The use of telekinesis was in honor of his grandmother who died days after Senna acquired her ability. His restriction caused him more loss in the form of the person he was attracted to, Maria Roberts. Though the circumstances of Maria’s death are unknown, it is rumored that it had to do with Senna’s reluctance to use his other abilities. It seems Senna has overcome his guilt and trauma with the help of someone who goes by the alias of Gabriel James. Though Senna infrequently uses his mimicked abilities, it is safe to assume that he is still traumatized by the loss of his love.
Retrieved from "https://heroeswiki.ddns.net/index.php?title=User:Draphoenix&oldid=348457"
Categories: