Claire's MySpace is the first official website of a character. It was introduced prior to the first episode of Heroes. It is a social networking website and contains entries (blogs and comments) as well as character information related to the show.

Claire in her uniform. 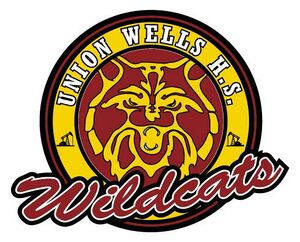 Claire Bennet is a 17-years-old female from Odessa, Texas, US; according to the website. "She" writes about herself:

Entries consist of both blogs and comments. One can subscribe to the blog and thus be notified of the new entries. Upon the subscription, it is made clear that "Claire"'s signup date to MySpace is July 14, 2006 and her current location is shown to be Odessa, Texas, US. Please note that this and the upcoming entry dates are real world dates and not in-universe dates. Any entry before September 25, 2006 corresponds to some date prior to October 1, 2006 in the show, and vice-versa.

zach
OMG, a lot of people keep asking me or telling me that I am secretly in love with Zach. I don't have feelings for Zach, he's just an childhood friend of mine. WE ARE JUST FRIENDS!!!! :)

comiccon???
A lot of people for some reason have been asking me if I went to this thing in California called comic con. No, I haven't been, but I know Zach, who a lot of you are also myspace friends with, went to it. So you should ask him about it maybe. :)

Zach
Hey, I've been trying to get a hold of Zach but he hasn't been online really, which is kinda weird for him. Feels like he's been avoiding me so if anyone can get a hold of him...email, phone, or better yet, let me know if he's online his myspace page.
Regardless, you should all be friends with him too, cause he doesn't have that many.

Hey Claire, again i'm suuuuper sorry I lost the tape. I'm still looking for it everywhere, I know how important it is to you. Please don't hate me.

Claire, where you been? Everything okay?

Homecoming
Hey everyone. Homecoming is next week and I'm really not as excited as I thought I'd be. With...everything that happened with Brody, I'm not exactly Miss Popularity anymore. I always sort of wanted to be Homecoming Queen, but now, it doesn't look like I'll even have a date.

I hope at least that we win the game.

By the way has anyone heard about what happened at The Burnt Toast Diner last week? One of the waitresses was killed or murdered or something! The killer got away, right in front of all those people there. Even the Odessa Sherriff and Deputy Lloyd were there. Kinda freaky that something like that could happen so close to home.

Anyhow, PLEASE come to the game, the football team needs all the support it can get for homecoming!!! Go Wildcats! :)

Thank you!
Hey everyone! It has been a while since I have posted anything online. Sorry for that, but things have just been a mess around home lately. Thanks for all the support about Jackie! God I miss her. It means a lot to have people show they care!

Lately its like everyone close to me has been dropping away. Even Zach has been distant. But school will be starting again soon, so maybe going back will be good for me (CAN'T believe I just said that!). A giant part of me is still scared to be back tho :(. People are going to think I'm psycho. Maybe I will get to see Zach at least.

Thanks again for all the love!! :) Happy Holidays!