My name is Justin, but on the 9thWonders boards, I go by RiddlerHanjinome, or some form thereof. One guy on there calls me Han, but mostly, I either see my real name or "Riddler". I'm 23 and live in a cruddy little tourist town in Washington. Among other things, I'm wanting to go back to college, and work towards becoming a doctor.

I'm a moderator over at the 9thWonders message board, and have my own blog-site called Random Ramblings (of a Rational Mind), which I update five days a week (sometimes six). Among the other subjects I cover on my site, I occasionally host interviews. Among people who have worked on Heroes, those interviews have included: R.D. Hall, Jason Badower, and Wendi Allison.

In the 9thWonders RPG section, there is a game that I'm running called "Behind Closed Doors". It's the second version of the game, the first being "Behind Closed Doors: The Angry Skunk Bar", which was run by former moderator bhero2all. Both games are about the Angry Skunk Bar featured in the episodes Angels and Monsters and Dying of the Light, the 'specials for hire' bar.

The first version of the game died, and when a few of us wanted to bring it back, I got permission from the original creator to do so, and now its up and running. :)

Below is an Assignment Tracker profile for my character, Seth. 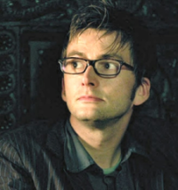 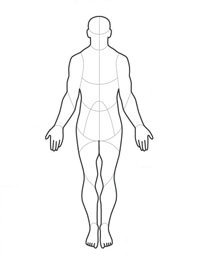 None
160
M
Brown
Irish-American
Fair
Lanky
Caucasian
1980
Dublin, Ireland
6'0"
Los Angeles, CA
Unemployed
None
Cerebral
Apathy is the absence of emotion. Abilities meant to induce emotions of any sort are ineffective, and pain is not felt.
Seth Byrne
APATHY
N/A

50%
Subject moved to America with his family at a very young age and was considered widely unremarkable for the first quarter-century of his life -- average office drone, relationship, family, etc. At a point when the stresses of his life got to the breaking point, and his long-time girlfriend left him, people in the area began to notice a significant change in the subject. Subject began to be remarkably uncaring in his attitudes at work, home, and in all facets of his rapidly-shrinking personal life.(Mid-2006)

Field agent Bennet and his partner brought in the subject for analysis through standard procedures, and once an ability was confirmed, proceeded to erase his memory and put him back into his life under loose surveillance. It took next to nothing for the subject's memory to return despite the mind-wipe, and it was later determined that this was a side-effect of the ability. (Early 2007)

Aware of his ability now, the subject set out to look for various ways to bring his emotions back. Loose surveillance has proved difficult, as the subject has no 'comfort level' and quickly notices differences during observation. The subject was rumored to be last seen in the Los Angeles area, based on information gathered from civilians. (Spring 2007)

Subject should be approached with caution. Awareness of his ability, the Primatech Company, and agent Bennet's appearance make him an intellectual danger to the Company. Mild hand-to-hand fighting skills combined with his lack of pain make him difficult to detain, and give him an advantage in a fight.
Retrieved from "https://heroeswiki.ddns.net/index.php?title=User:RiddlerHanjinome&oldid=178093"
Categories: