I figured I ought to bring this spammer to your attention, spamming something in Chinese I think. With your admin powers you should be able to see that this guy did the same a while back. (evidence here) --SacValleyDweller (talk) 02:40, 29 June 2009 (EDT)

Could you take a look at Category:Articles for Deletion and clear out some of the fan-made unneeded redirects that are cluttering the place up? And if you have the time, there's lots of userpages that need deleting. Thanks. --Radicell 03:42, 1 July 2009 (EDT)

Hey. I was just editing the characters from The Agent istory and all I have left is Rachel. However, her page is far too long and my computer lags whenever I try to edit it. So, I was wondering if you could either try to shorten her page by either getting rid of unneeded detail or by creating an Agent history, similar to the Season One/Two histories that the main characters have? Thank you. Josh Korolenko.

As you may have seen, I;m blitzing the season three histories at the moment. I'm just checking I can do them now - I saw you created Rachel so I assumed this was the time - this is ok, right? Thanks --IronyUTC CH 10:58, 7 July 2009 (EDT)

Hey i noticed than someone messed up the sylar page really bad. instead of talking about the abilities he had, it just says flight. someone should change it immediately!--I.absorb.abilities (talk) 14:17, 8 July 2009 (EDT) 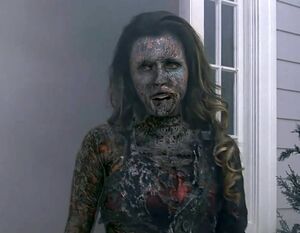 A possible pic for Claire 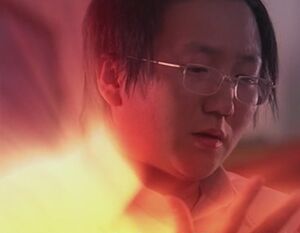 A possible pic for Hiro

Hey. I noticed while I was doing Noah's season three summary that he is the only character that has pictures on his actual bio (season summaries). I think this is kind of strange and was wondering if we could do this for every main character. The pictures could show key moments in their historys. I have included possible pictures as examples for Hiro and Claire. I just feel that if Noah has pictures, other central characters should have them too. :) Josh Korolenko.

Sorry to be a bother

Could you please tell me how to make a navbar for characters and abilities, like the one all heroes characters/abilities/items/place/groups etc, have? I would like to use it for the fan created series my bro and I made. Chronicles. Thank you Miama, :) AJ

Hi Miami, as I have been creating crew pages recently I noticed some inconsistencies between different portals and navbars. I noticed some portals and navbars included the persons role in Heroes, here for example, whereas others did not include this information, here for example. I do think for portals such as other roles and doubled up portals such as hair and makeup should have the inclusion of the job role but navbars are cluttered with this information and I feel it is unnecessary. What I wanted to know is can I change this or should I bring this up on the community portal? Thanks for your time --posted by Laughingdevilboy Talk 17:06, 17 July 2009 (EDT)

I've created a navbar for the Chronicles abilities, thank you for your help with that. I will be creating one for all my characters and would like to know if there is a way to edit them without them going to recent changes, because last time, as you have probably seen, my navbar adding clogged up a lot of room. Any words of advice? :{ AJ

I was just wondering for some characters, like Sparrow, Abigail, Lee and other characters that have been drawn/based on the likeness of real people, we could add that to their page instead of just their notes, like mention it instead of "PORTRAYED BY:", put something like (for Sparrow as an example), "LIKENESS OF: Kat Purgal" or "BASED AFTER: Kat Purgal", something along the lines of this, any thoughts on the matter? AJ

Hi Miami, I have asked Ryan this, but he is too busy to help me and wondered if you could help. Is there anyway you can confirm that that this IMDB page is for Jamie Maxtone-Graham and that this one is for Scott Steele also that this one is for Joey Watts. Also can you confirm if this is for Angela Gurule and that this is for Dave Snyder. Thanks in advance also could you tell me on my talk page so I can add the credits as soon as you confirm :) If you cannot confirm these I will have to search the internet :) --posted by Laughingdevilboy Talk 10:59, 20 July 2009 (EDT)

I have removed all links to the pages nominated for deletion, some still have dpl created links and the current events page linking to them. --posted by Laughingdevilboy Talk 09:17, 28 July 2009 (EDT)