Is a separate page for the assignment tracker cool with everybody? I don't really think it's necessary, but I'm not opposed to it. If it stays, it needs some editing, and so does primatechpaper.com. -- RyanGibsonStewart (talk) 19:26, 10 June 2008 (EDT)

Is this section of each profile new? I haven't noticed it before, it puts the ability in huge letters. It looks like HW has influenced a power name, with Sylar's "Intuitive Aptitude." 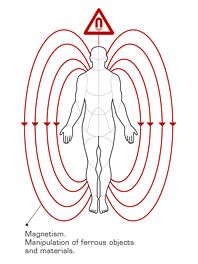 It looks like he may be an upcoming character for a graphic novel, but there's not really much information about him in his profile. Just in case the profile disappears, I'm listing what's there. According to the profile, the German is a man born in Munich, Germany, 180 lbs., fair and medium build, 6'0 ft tall with Blonde hair, Caucasian, and was last seen in New York, NY. Regarding his ability, its diagram is to the right. It's called "magnetism" and defined as the "manipulation of ferrous objects and materials." Pretty much everything else: password, personal history and psych profile are missing so I've listed the ability as unconfirmed for now.--MiamiVolts (talk) 01:01, 18 June 2008 (EDT)

Should the map get it's own page, or a larger section? You have the option to turn off "Tips" which shows just Agent Assignments and Verified Tips. These ones would be legitimate, since they ARE assignments and ARE verified. I'm typing up a list of which are which now. --Riddler 06:21, 12 August 2008 (EDT)

I've started a page for all the verified tips and assignments here. If anyone wants to help add ones it'd really be apperciated. I'm not sure whether or not to go live with it before it's done, so I'm keeping it on a userpage for now.--Piemanmoo 20:34, 12 August 2008 (EDT)

When I tried to enter the Assignment Tracker 2.0 for the first and then entered Username: bennet, Password: claire. I get "You are cleared to acces marked files only." "Select marked link on the left to review".

But when I then go to one of the marked files like _A012 I get the log in screen again!

I can't seem to open up Matt Neuenberg's file using the password here. I can get into other files, so I'm not sure if this is a problem on my end or with the AT. Can anyone else access file C025? --Tim Thomason 00:43, 14 November 2008

On the AT page at this site is says that other files are unaccessible (Peter's, Merediths, etc.) and it says what their profiles are even though there are no passwords for them. How do we know what their profiles are? For instance, where does it say on Flint's tracker page that Meredith's is C018? I looked around and was just curious, because I couldn't see it anywhere. -- FlamingTomDude 21:57, 18 November 2008 (EST)

I can show you some of Elle's AT information. Her main picture was uploaded and this is her diagram:

I'm wondering who writes the Assignment Trackers, because on Meredith's under 'gender' it has a 'W' (presumably for woman) instead of an 'F' for female. On Donna's and Hana's it has an 'F'. Do you think this will be somethign they'll correct (I know it's minor but it seems less official). I also hope they update the old files (namely Sylar's) with new information. Clearly Sylar's ability has evolved, so they should put that in his tracker. -- FlamingTomDude

The producers could add a section for Pinehearst files at pinehearstresearch.com.--MiamiVolts (talk) 19:21, 28 November 2008 (EST)

That could change, but I don't know how to black-out spoilers so I'm not going to say anything. --FlamingTomDude

Files we haven't got

I just counted and there's 2 accessible files we haven't got. Any idea whose they are? I think one is Samedi since someone put assignment tracker info on his page, but the other I have no idea. Can we hack them at all? *coughMiamicough* ShadeSlayer 15:41, 3 December 2008 (EST)

Does Anyone have ideas of what the password is for baron samedi?.maybe we can work together and test them out.? Gabriel Bishop 11:02, 6 December 2008 (EST) Gabriel Bishop

Does anyone know why I can't see assignment trackers? I use mozilla firefox but ive tried internet explorer and it deosnt work on either... If anyone could help that would be gr8 :) - Mike 21:04, 6 December 2008 (EST)

Unless they change C007 and C016 to other profiles, C021 is the last one. My guess is that it will be Daphne, or Santiago or another character we are starting to learn more about (Daphne seems like a good bet to me) --FlamingTomDude 05:10, 8 December 2008 (EST)

to access her ability. Yes, she didn't know about it for a while because of her split personality disorder, but it was still accessible without any prerequisites. However, Knox's strength is enhance when he's around fear. Let's take another ability for example. Daphane's ability is like Niki's, because she can access it anytime thus calling it being super follow by whatever. Now if she needed to have a requirement like Knox then it would be enhancing her speed. --OutbackZack 18:13, 8 December 2008 (EST)OutbackZack

Am I the only one who can access any file just using the password. I mean, as long as I click on a marked file, no matter what the number of the file, whatever password I put in it comes up that person's file, e.g. if I clicked C023 (Elle's Profile), but put in Flint's password, I get Flint's file. Should a note be made of this or am I the only one that this happens for?--Mc hammark 10:30, 25 May 2009 (EDT)

So the current version of the AT was limited for Bennet because he wasn't top dog in the company. Most of the files were passed to building 26 in volume four as said by Bennet when Danko asks about Nathan and flight. If Bennet is in charge of the new company, do you think they'll update it so we can see ALL of the files? --mc_hammark 12:32, 24 August 2009 (EDT)

Thanks to assignment tracker article-moderators/updaters

Wanted to thank everyone who ever added to this article .. thanks to this article on heroeswiki I was able to create a assignment tracker prop for my upcoming visual effects short-vid. It will feature the Assignment Tracker 2.0. Here's the result cuz of your maintaining.

"Keeping tabs: Have you explored the Assignment Tracker profiles for the founders of The Company?"

Since their site has, in the past, been updated before the GNs or Hiro's blog I'm assuming this is something that will come to be.

Now it says: "Assignent Trackers: Get the inside story of Ted and Mindy Sprague as well as Adam Monroe. So, I think we will see an AT also for Adam. --TanderixUTCR 13:07, 31 March 2010 (EDT)

For folks who are adding profile urls to the profile id numbers...

Just in case you didn't notice - sure, you can include the url for the profile that you notice when you first access it, but it's been understood since the middle of '08 that those urls must now be generated based on some dynamic and variable property, such as the local time it was accessed or something. And then, the urls also seem to be time-sensitive, so after some span of time, they are not active anymore. So, if someone wanted to remove the urls associated with the profile id's, that would probably be more appropriate. Folks figured that it was only a matter of time until the way the urls had been generated would be changed, after the key to figuring out the md5 hash was discovered. Just fyi... 'ROESian

After seen this case file in a Primatech file, now it is accessible on primatechpaper.com And at the right there is the photo (obtained by changing the URL). Sylvia? --TanderixUTCR 10:05, 7 May 2010 (EDT) 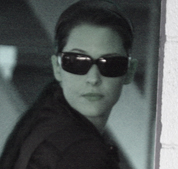