Did you all notice that one of the streets in Montreal seemed to be named "Rue Saint Jeane"? Sure makes Greg Beeman's comment in his latest blog entry ("Tim Sale's cover depicts "Saint Joan" (Pay attention to all this!)") even more interesting, eh? -- RyanGibsonStewart (talk) 21:00, 23 October 2007 (EDT)

St. Joan in the future

So, did anyone else notice the billboard in decimated New York of the Ninth Wonders cover? Or was I seeing things?--Leshia 22:15, 29 October 2007 (EDT) 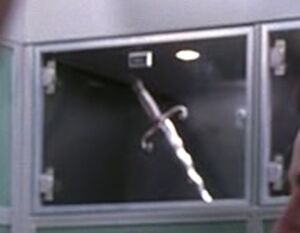 that's her knife in the primatech vault right?