Recruits, welcome to The Company.

Please refer to this handbook for all the information concerning your role as: Agent

Where We Are Based 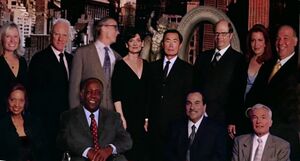 The Company was founded in 1977. It was set up by 12 individuals, brought together by visionary Adam Monroe, to help protect evolved humans from those who would harm them. These people were: Susan Amman, Robert Bishob, Charles Deveaux, Harry Fletcher, Paula Gramble, Daniel Linderman, Carlos Mendez, Kaito Nakamura, Maury Parkman, Angela Petrelli, Arthur Petrelli and Victoria Pratt. Sadly, all but Angela Petrelli are deceased.

The Company was closed down after the destruction of the Hartsdale facility in favour of a government operation lead by Nathan Petrelli, son of founders Angela and Arthur Petrelli. After this operation failed, the US Government agreed to deniability and resources to keep control of evolved humans. Long time Agent Noah Bennet was hired as Director of the new Company.

Noah Bennet Noah Bennet has been a loyal Agent to the Company since 1991 and has since been promoted to Director of Operations. His knowledge of evolved humans is vastly superior to most others (including evolved humans themselves).

The Company is still in its early stages as it is set up, but will be looking to fill several positions including:

There were two standard tracking systems which we used, both of which are now non-functional. The first was a satellite system used to track radioactive isotopes injected into the user's body, but this has since been decommissioned. The second was "The Walker System", an evolved human named Molly Walker. Miss Walker had the ability of Clairvoyance, meaning she could locate any individual in the world by thinking of them. Miss Walker is no longer affiliated with The Company, so we are in search for a replacement. For present, last known whearabouts and government databases are the only way to track these evolved humans. All of our assignment trackers can be found here. 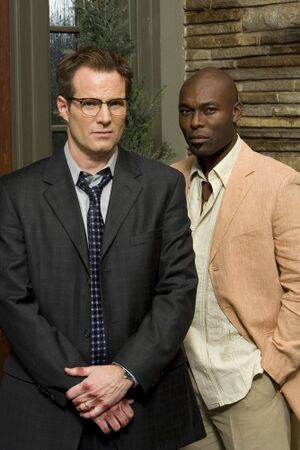 That is The Company's motto. When partnering up feild agents, it is Company policy to have one agent with abilities and one without. This is to ensure the safety of both parties as targets will sometimes use their abilities against agents. Some abilities however, are not beneficial to certain assignments, so other positions may be given to these agents. 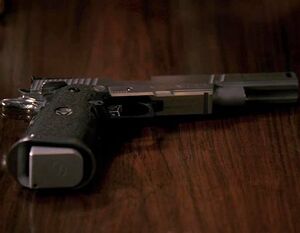 It is essential for agents to carry a taser gun and a handgun (Stayer Voigt Infinity 1911 .45 caliber semi-automatics are standard issue) with you on all assignments. Shooting to kill should be a last resort; the aim is to keep targets alive for Company monitoring. However, if a target poses a threat to any agent or the public at large then you must use whatever force deemed necessary. Trainers will give you guidance on these types of judgement.

It is essential that the public to not know about The Company's operations. Often, evolved humans will draw attention to themselves, especially when feeling threatened. Although the US Government has given The Company deniability, it is your job to ensure any attention is diverted. The same applies to law enforcement officers.

The Company will supply its agents with all the necessary equipment including standard issue clothing and transportation for their work with The Company. As well as this, Agents also have an expense account for use as they see fit. We provide a generous amount of money so that family members do not become suspicious.

To apply for a job at The Company, please fill in an aptitude test leaving your answers here.