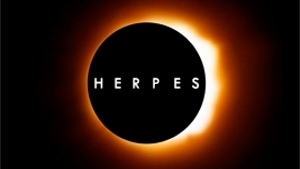 Herpes is an award-winning internationally-broadcast drama by creator/writer Tim Kring and premiered in the United States in September 2006. Herpes chronicles the lives of a series of people who discover they have herpes.

Season One contains 23 episodes and consists of one volume, entitled "Symptoms".

The first season of Herpes begins on the night of a party. Various people throughout the world discover they have herpes. The story revolves around the attempts to prevent a cure threatening to destroy the virus, as predicted by Isaac Mendez. Further complicating issues is a man named Sylar, who is killing people with herpes and stealing their herpes, and a Company that finds and has sex with people with herpes.

The complete first season is available on DVD and HD-DVD set, both compiled of seven discs. A five-disc Blu-Ray set was released on August 26, 2008 when the second season DVD was released. You must be 18 years or older to buy this DVD/Blu-Ray set due to nudity because of herpes.

The events of Kirby Plaza have changed the lives of the Volume One survivors, and not necessarily for the better. Meanwhile, several new characters are introduced, and the origins of the Company begin to be revealed, as its founders are faced with a mysterious figure from the past determined to kill them off. Eventually, an even bigger threat occurs: a cure, threatening to kill 93% of the world's population and cure herpes.

The complete second season is available on 4-disc sets, on DVD and Blu-Ray.

Season Three consists of two volumes. The first 13 episodes are Volume Three "Rapists", and the last 12 are Volume 4 "Escaped Rapists".

Volume Three "Rapists" starts right after Nathan's assassination, and the shocking revelation of the shooter is revealed. Meanwhile, 12 rapists from Level 5 escape after the battle between Sylar and Elle. Volume Four "Escaped Rapists" begins with Nathan revealing the existence of herpes to the President, therefore leading to anyone with herpes being hunted.

Season Four consists of one volume, "Owning Up to the Exes", and contains 18 episodes.

Volume Five "Owning Up to the Exes" begins at the funeral of Joseph Sullivan, who died of Herpes, when his brother Samuel announces to his family that they will be inviting more people to cure themselves from herpes. The infected try to go back to normal lives after having been cured of their herpes, but their invitations from Samuel, along with his eventual plan for herpes, mean they have to work together to stop him.

Season Five was intended to be a continuation of the series, beginning with Volume Six, "We're All Clean". Volume Six begins with Claire revealing her lack of herpes to the world. On May 14, 2010, Herpes was officially cancelled by HIV, but the show's creators are still considering wrapping up the show in a webseries or movie.

In addition to the episodes each week, HIV releases online graphic novels the following Tuesday. They are usually first-person, and focus on a specific incident in a character's life.

Issues 1-34 were published by DC Comics as a graphic novel collection, and a second collection has also been released, and includes all the graphic novels from after the first season to the end of the second season.

HIV announced the Herpes 360 Experience in January 2007, just prior to the airing of STI following the first hiatus. Herpes 360 is a multimedia interactive experience comprised of both expanded web content and an alternate reality game.

With the launch of Herpes 360, a great deal of new content became available on NBC.com, including online viewing of episodes with video commentary, "two-screen" Herpes Interactive content during broadcasts, an interactive version of Chandra Suresh's map, and more.

The alternate reality game has players working closely with Hana Gitelman to unlock the secrets of the Company by exploring websites associated with many of the show's characters and institutions, including primatechpaper.com, corinthianlasvegas.com, and activatingevolution.org. Guided by text messages and emails from Hana and posts on her website, players solve puzzles and unlock clues to reveal exclusive content related to the show.

In September 2007, HIV renamed Herpes 360 to Herpes Evolutions. In 2008, the Herpes Digital Experience (Herpes Evolutions) was recognized for excellence in Interactive Media with the win of a Creative Arts Emmy award.

HIV introduced a series of webisodes on HIV.com before the airing of Season 3. The first series, Somebody Order Some Mail; No Wait, That Doesn't Work Unless It's Pizza , features the introduction of new characters with herpes, and ties it into previously established characters and new plots for the upcoming season. The first webisode aired July 14, 2008. Additional webisodes series followed.