Heather Arthur is a stunt double for Ali Larter and Jessalyn Gilsig. 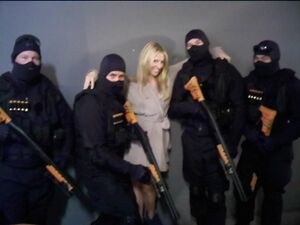 Heather poses with several actors who are part of Danko's team.
Retrieved from "https://heroeswiki.ddns.net/index.php?title=Heather_Arthur&oldid=57096"
Category: