Very cool. Jason Badower said when he received the script for War Buddies, Part 4, the censored parts were intact.... He's debating whether or not to share them. (He doesn't want to lose his job, afterall!) — RyanGibsonStewart (talk) 15:07, 3 April 2007 (EDT) 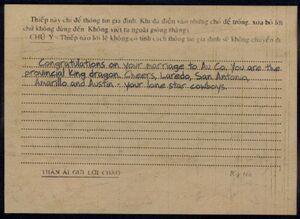 Some one explain this file to me. It's signed by the other four members of Mr. Petrelli's Au Co squad, so one would assume that it is addressed to Petrelli. --FissionChips 16:15, 19 October 2007 (EDT)