From Heroes Wiki
< User:Radicell‎ | The Game
Jump to navigation Jump to search

Second mission of the game. Enjoy. Note that I am slowly introducing game mechanics; in each mission, I will explain how the game works in some aspect. These sections will be colored purple.

In order to start this mission, take out your cell phone by pressing the Up Arrow. In your phonebook, there are two numbers: Allyn's and Phil's. Give Allyn a call by selecting her number and pressing Enter. (Note: You can continue to control William while he is on the phone. Actions such as jumping or sprinting, however, will not be possible.)

WILLIAM: Hey baby. You ready to have the best night of your life?

ALLYN: (giggles) You say that every time. I'm getting ready now, I'll be done in five.

WILLIAM: Perfect, I'll pick you up and we'll go for dinner.

On-screen directions appear: Go pick Allyn up at her apartment. The game will direct you to take control of William's bicycle. You will be reminded that the arrow keys control pedaling/turning, while quickly tapping the Up Arrow allows you to pedal faster. Allyn's apartment is three blocks away, so you have a bit of pedaling to do.

Try not to crash into pedestrians, cars, or trees. If William falls off his bicycle, he will lose health. If he crashes into a pedestrian, one of several things could happen:

If you do happen to get people chasing after William, it is best to simply re-mount your bicycle by pressing "F", and pedal away quickly. Then resume your journey.

When you arrive at Allyn's apartment, you will see an arrow in front of the door. Park your bike and walk into the arrow.

William waits outside the apartment building, and soon, Allyn walks out and greets him. They embrace.

You now have control of William, on the bicycle, with Allyn sitting behind him with her arms wrapped around William's waist.

ALLYN: Let's keep it simple, okay? Just 'round the neighborhood. Maybe grab a burger, then go to a club or a show. Or we could eat at this diner I discovered last week, it's got really good chicken strips.

On the radar, two blips have appeared: one represents the burger shop, while the other one is the diner. Choose one place to eat at, and head over. Use the GPS function to guide you if need be. Both places are about the same distance from Allyn's apartment, so it is your choice which one to head to.

When you arrive at one of the eateries, park your bike and walk into the restaurant. Allyn will follow you. Once you are both inside the restaurant, a short scene will play. 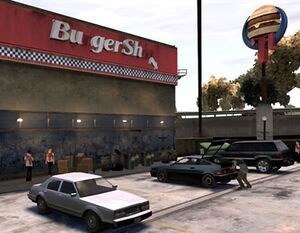 William and Allyn sit at a table. Depending on which restaurant you chose, they are eating away at either burgers or chicken strips.

ALLYN: Hey, Will? Listen, there's been something I've been meaning to talk to you about.

WILLIAM: Sure, what is it?

ALLYN: Well, you know how you've said before that I'm way too good for the community college here in Lime?

WILLIAM: Yeah? You should totally be at Berkeley or something. I wouldn't see you as much, and it's a 50-minute train ride to and fro each day, but still. You are way too smart for CVCC.

ALLYN: I've given it some thought. And I've looked at some transfer options. And it turns out, not only Berkeley, but top colleges like Michigan and Columbia are willing to accept me.

WILLIAM: Wait... you mean, like moving across the country?

ALLYN: Don't worry, I won't do anything without telling you. Plus, I don't think I could leave you.

WILLIAM: Well I'm graduating this year, don't forget. You decide to do anything, I could come along. (pauses) It's too much to discuss over fast food. We'll talk about it later. Let's go have some fun tonight.

Dinner is done, and again, you have two options: on the radar, one blip represents The Livehouse, the local nightclub, while a second blip is the local theater. You can have William take Allyn clubbing for the night, or go watch a show together. For the purposes of simplicity, the following assumes that you decided to go clubbing.

Head over to The Livehouse, and when you arrive, the screen will fade to black. You will watch a short scene of William and Allyn either dancing together on the dance floor. Soon, gameplay resumes, and time has fast-forwarded a couple of hours. It is now close to midnight.

ALLYN: That was amazing! We totally rocked the dance floor!

WILLIAM: You were amazing. I just totally flopped all over the place. Here, I'll take you home.

Board the bike again, and pedal back to Allyn's apartment. At this hour, there aren't many cars on the road, so you can speed-pedal a little. Arrive at Allyn's apartment and walk into the arrow to trigger the final scene of the mission.

Allyn tries the door to the apartment building, but it is locked.

ALLYN: Damn, forgot that the front door is locked after midnight. Let's go round the back.

They go to the building's back door, which faces a parking lot. Allyn takes out her keys as they arrive at the door. She turns to embrace William. However, all of a sudden, there is a shout. 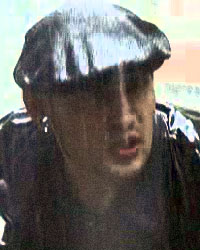 MUGGER: Put your hands up! Give me all your money!

The door to the apartment building is half-open, and the light from inside illuminates the gun in the mugger's hands. He shoves it in William's face.

MUGGER: I won't ask again! Give me all your money!

As the mugger continues to yell, William begins narrating in voice-over.

WILLIAM: (narrating) It's that feeling again. So full of energy, as if sparks were coursing through my veins. What is this? And why now?

William raises his hands at the mugger.

Quick as a flash, the mugger punches William hard in the face with the butt of the gun. Allyn screams and wrestles with him, but he brushes her off. He points his gun at William and cocks it. 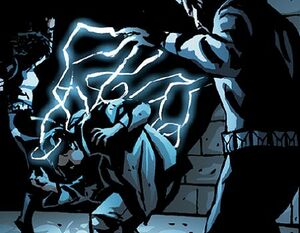 William hits the mugger with an unexpected electrical discharge.

A white light flashes out of William's hands and hits the mugger dead in the chest. He clutches at his chest as electrical arcs spread all over his body. The man slumps onto the ground, unconscious. William looks down at his hands in amazement for a second, before turning to look for Allyn. She had her back turned, and did not witness William's energy blast.

ALLYN: What was that? I saw a flash of light...

WILLIAM: It was nothing. Um... he was quite easy to take down. You're not hurt, are you?

WILLIAM: Good. You better go upstairs and relax. (sighs) I'm quite exhausted, too.

They kiss goodnight, and William leaves the parking lot and gets back on his bike.

On-screen directions: Go back to your apartment. As you pedal the three blocks on your bike, William begins thinking out loud again.

WILLIAM: And I was wondering why I was feeling so energized. God, that happened in such a blur, I can't believe I actually shot energy from my hands. Well, I don't know what exactly that was, but it sure as hell felt good.

Park your bike, and walk into the arrow in front of your apartment building.

Save your game. When ready, give Phil McKaden a call to discuss weekend plans, and also to start the next mission. (to be continued...)