I was very surprised about her power and the description, went back and watched it again. And I was like "Whaaat? OK, she was an evo but we don't see her power." Then realized extended eBook info. So maybe a different summary on her page (and other pages) would be a nice idea. Like the differences between episodes, comics and webisodes 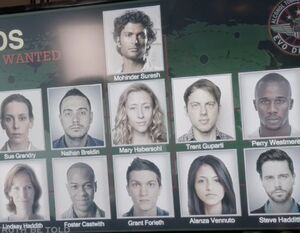 To the right is a screenshot of the "evos most wanted" screen that appears behind Cole Cutler in The Lion's Den, including Sue Grandry's name and picture. -Kon (talk) 10:34, 16 October 2015 (EDT)