On July 16, 2008, Skywalkerrbf interviewed actor Mike Foy via myspace. He played a convenience store robber in the episode Hiros. 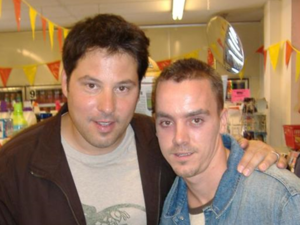 Skywalkerrbf: Did you watch Heroes before you took the part? Do you still watch it now?

Mike Foy: Well when I took the part, Heroes had not even come out yet. I never heard of the show prior to me getting the role because they hadn't started promoting it just yet. I do still watch it now and love the show. It's going in a good direction. I wish they'd call me back so I could get on the show again :).

Do you have a favorite character or episode?

My favorite characters would have to be Sylar and Hiro. One plays a great bad-ass and the other has the best powers.

What was it like to work with Greg Grunberg?

He was a great guy. Very helpful. At the time it was only my second acting gig ever so he schooled me on a little game on how it all works with blocking and all that. Nice guy though - very down to earth and easy to talk to.

Do you have any stories from the set? 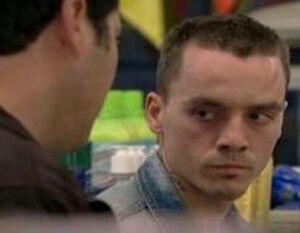 Not really. The guy who plays Nathan Petrelli (Adrian Pasdar) on the show was on set that day telling me about the show so we were all 3 chopping it up having a good time.

Did you have any lines which were cut from the final episode?

No they all made it in there. The first couple he heard me thinking and I only had one actually on camera that came out of my mouth.

Did you enjoy working on Heroes? Was it different from any other jobs you have had?

I loved it. I was excited about the show and new to the industry fresh off filming the season finale of The Shield so I was hungry booking two roles back to back. It was very professional and everyone was great. Some sets don't have a good vibe but this one everyone was cool.

If you could have any power, then what would it be? 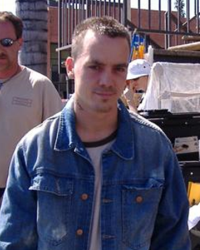 Let's see, any power. I would have to go with time travel like Hiro or flying is a great one. The best power would be like Peter Petrelli on the show being able to draw from everyone's abilities so it's a tough choice for me, lol.

What was it like pretending to have 'someone in your head'?

It was fun. I love thinking outside of the box - taking myself somewhere else to get into the character. The scene turned out great and was a great look for me.