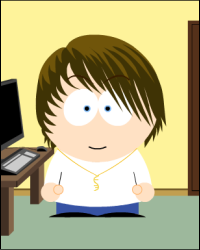 
You could say Altes got lucky he received an offer from Irony to join the Cockney Heroes Team. On July 21st, 2009 he finally managed to download Windows Live Messenger, and this was the day he officially joined the community. Thanks to the client he spent so much time to find and obtain, Altes became friends with Leckie, Gabriel Bishop, Danko, Radicell and LaughingDevilBoy (even though the latest has left the team).
Volume Two of Cockney Heroes had just ended, and there wasn't very much work for Altes to do - or so he believes. So far he has improved a number of pages with abilities and characters, and he has recently took on places.
Altes participated in the first Cockney Heroes Competition, and his character, Chris Rowland, who has the ability of temperature manipulation, appeared in Déjà Vu.