Member: Altes
Character: N/A
Ability: N/A
You could say Altes got lucky he received an offer from Irony to join the Cockney Heroes Team. On July 21st, 2009 he finally managed to download Windows Live Messenger, and this was the day he officially joined the community. Thanks to the client he spent so much time to find and obtain, Altes became friends with Leckie, Radicell, Gabriel Bishop, Danko and LaughingDevilBoy (even though the latest has left the team).
Volume Two of Cockney Heroes had just ended, and there wasn't very much work for Altes to do - or so he believes. So far he has improved a number of pages with abilities and characters, and he has recently took on places.
Altes participated in the first Cockney Heroes Competition, and his character, Chris Rowland, who has the ability of temperature manipulation, appeared in Déjà Vu.

Member: Danko
Character: Hydro
Ability: Hydrokinesis
Danko was set on a two week trial, which would tell us if he would be a member of the team. The trial started on the 22nd of June, and would then end on the 6th of July. However, we the team decided to stop the trial on June 28th, 2009. The team saw his hard work and how much he would help the series be as good as it can possibly be. Danko's character will be Hydro, an evolved human who has the ability to control water, he uses his power to escape The Hunter. While Danko was on the trial, his jobs were to create any characters needed, update the portals, and update the volume 2, Origins, and CH main page. Danko's favoured episodes are the season 2 finale consisting of both Kill or Be Killed and The Die Is Cast. Followed by Midas Touch (as he wrote it ) and Live Together, Die Alone. 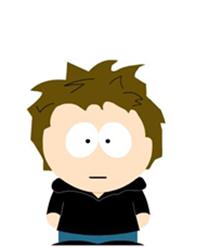 Member: Gabriel Bishop
Character: Gabriel Bishop
Ability: Intuitive Empathy
Gabriel Bishop, is one of the two creators of Cockney Heroes. He often is nicknamed "GB", just to shorten it. He kept his name for his series. GB is an ex-Company agent who teams up with Claude, Irony, Derek and eventually Bonkin to stop villains. Gabriel's original ability was Intuitive aptitude, but was eventually lost. However he had retrieved another ability shortly after, which is his current ability now. This ability is Intuitive Empathy. He can acquire abilities the same way as Empathic Mimicry, but knows how to use it very quickly, just like his original power. What he contributes to Cockney Heroes are to update main page and volume page, update the notice bar, and create south park images for any new characters to the series. GB's favourite episode of Cockney Heroes is How to Stop an Exploding Van.

Member: Irony
Character: Robert "Irony" Smith
Ability: Ability Diminishment
Irony is GB's partner who is the second creator of Cockney Heroes. Just as Gabriel Bishop did, Irony kept his name for the series as well. He works alongside Claude, GB, and derek to stop the evil that parades in London. He has the ability of Ability Diminishment, to be able to cause an ability to be unable to work, with the byproduct to make forcefields. His jobs are to create new ability pages, give them the histories, and get images for them, to create the related article pages, and change the color of the Assignment Trackers to fit the Cockney Heroes color scheme. Besides sharing the fact they keep their names the same, they also share the same episode. Irony's favoured episode is Déjà Vu.

Member: Leckie
Character: Jake Leckie
Ability: Seismic Burst
Leckie joined Cockney Heroes on May 2nd, 2009, after the rest of the team saw how much work he did for the competition. He has given his character his own name, Jake Leckie, for the series. In Cockney Heroes, Leckie is a shy person who was in Solitary Confinement alongside Karl Hall. Leckie's ability is to create Seismic Bursts, which he used to help escape Solitary Confinement. As a member of the team, Leckie is assigned to create new ATs when needed, update the AT background and psychological information, make sure to remove spoiler tag to released ATs; and to make sure all un-released AT's have the spoiler tag. and also to find an image for each episode. As far as episodes go, Leckie's favourite of Cockney Heroes is Sliding Doors.

Member: Radicell
Character: Shark
Ability: Object Replication
Radicell's character is Shark, the winner of the competition. Shark is a prisoner in Cell Block A, who then escapes with his friends, to then plan to take the city for themselves. As the new villain, Shark possesses the ability of Object Replication, which is pretty self explanatory. Radicell creates all of the Assignment Tracker diagrams for basically every ability used in the show.

Member: Catalyst
Character: John Wright
Ability: Machine Mimicry
Catalyst joined Cockney Heroes on the 24th of May, year 2009. As of now his jobs to contribute to Cockney Heroes are to update portals, create pages for new places and items, and to find images for the places and items. His character is John Wright, who was a former mechanic. When attacked by agents hew was hit over the had, causing amnesia. His ability is Machine Mimicry, to have one's insides completely made up of machinery in result causing you to be nearly indestructible. He has great strength and can heal when ever injured, though takes approximately twenty-four hours. Catalyst's favourite episode of Cockney Heroes is Shark of the Streets.

Member: Laughingdevilboy (LDB)
Character: Karl Hall
Ability: Elemental Manipulation
Laughingdevilboy a lot of times referred to as LDB was the first member to be recruited for Cockney Heroes. He joined on the 5th of April, of the year 2009. For the series, LDB takes on the name Karl Hall. He is first seen imprisoned in Solitary Confinement with his friend Leckie, and have welcomed Irony and Derek. He has the ability of Elemental Manipulation, the ability to control the four elements of the Earth. LDB is required to create episode pages and release the episodes as well. He is also in charge of Add the new link template to every page and to keep the links page up to date. One last job of his is to keep the autonav up to date. Requiem of a Prison Break and Ambush from an Outside Source, are the episodes that favoured by LDB most.