In 1977, Paula accompanies Arthur Petrelli to Philadelphia in order to recruit Maury Parkman into the Company. Arthur is worried but Paula assures him that due to her ability, she is very sure that the mission will be a success. Paula and Arthur then meet Maury and it is revealed that they located him by having Paula throw some dice and Scrabble tiles around. Arthur also states that Paula is the reason that the Company’s founders all “found” each other.

In 1993, Paula visits Daniel Linderman at his casino. She finds him in the kitchen where he finishes making a turkey pot pie. Paula accurately deducts what flavors Daniel used and then the two move on to business. Paula shows Daniel a picture of Niki Sanders and a picture of D.L. Hawkins and states that they would be good together. Paula tells Daniel to play matchmaker and tells him that both she and Angela believe that their future child will be essential in the New York plan. Daniel eventually agrees and Paula playfully tells him that his turkey pie needs more pepper.

The Moment Of Conflict

In 1975, Paula arrives on Charles Deveaux’s rooftop alongside Carlos Mendez and three others whom she introduces as Harry Fletcher, Victoria Pratt and Susan Amman. Paula confirms that all three have abilities and will work with [[user:CreedogV/TheWorldEntire/The Company|The Company. She then meets Adam Monroe for the first time. 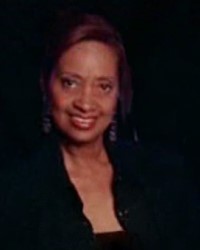 The Moments To Come

Hanging on a Company wall, a photo of Paula in 1975 hangs alongside a mass of others depicting the Company’s founders through their years of service.

Paula possesses the ability to alter probabilities. She has shown to be extremely “lucky” as she was able to determine Maury Parkman’s address by simply throwing some dice and Scrabble pieces. Her ability was also demonstrated by the fact that when she attempted to commit suicide, a healer just happened to be nearby.

Paula has claimed that now she is control of her abilities, she makes her own luck. It is also implied that Paula is responsible for seemingly “finding” the other Company founders.

”I make my own luck now”

“Daniel, you know nothing’s a coincidence when I’m involved.”

- Paula to Linderman. (The First Steps)