From Heroes Wiki
< User:CreedogV‎ | The World Entire(Redirected from User:CreedogV/TheWorldEntire/The Sixers)
Jump to navigation Jump to search

The Sixers, also known as The Four Horsemen and The Untouchables, is a quasi-terrorist group of four Specials that mysteriously came to New York for no discernible reason, independently, and without apparent electronic communication. They are called the "sixers" because they belong to a newly created Level 6, which represents Level 5 targets who have joined forces for "cooperative violent aggression." 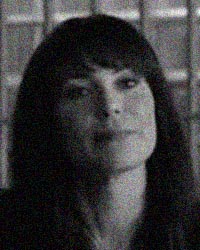 Heather Appleby at first appears to be a typical New England aristocrat. Her ancestors arrived in Maryland from England in the 1600s. She has the ability to deflect attacks and reflect them back with amplified strength. Her first reported manifestation of this ability was on November 21, 2028 when she was attacked by a mugger who was found dead with dozens of lacerations all over his body. Agents Ryan Covington and Leila Kader arrived on the scene and brought her into The Company where she learned how to control her power. After being released from Level 2, Heather went on to live with her son. However, on Christmas day, Demspey fell off his bike and Heather took him to hospital where her ability manifested once more, causing her to kill several doctors and, eventually, her son, who died three days later from sepsis.

Since then, Heather has become a Level 6 case and was reported to have been at the 138th Street Massacre, where she deflected Agent Covignton's gunfire back into Agent Kader, killing her. 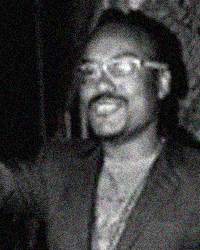 Wilson Chow was born in Montego Bay, Jamaica. His family moved to Southern Florida when he was four. After graduating college, he slowly made his way north, settling in D.C. He left a dishwashing job there without notice and moved in New York without a dollar to his name. He has the ability to transmutate what is in his left hand into what is in his right hand. He used this ability to kill a security guard at the 138th Street Massacre. 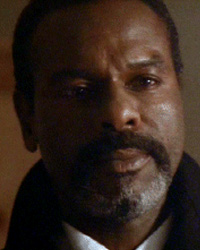 Gideon Davenport is an anti-Special minister. He was investigated by Monica Dawson in 2015, though nothing ever came of the investigation. Fourteen years later, however, Monica discovers that he is at the central of the majority of the Special disappearances in the past twenty years and is somehow related to the Sixers. 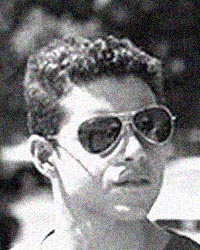 Joseph Ghali was born and raised in Cairo, Egypt by his Egyptian father, a telecom VP, and French mother, a government translator. He attended a prestigious boarding school in London, and graduated from the University of Lyon with a degree in business. He’s fluent in Egyptian Arabic, French, and English. He has the ability to create a microbe that causes cascading organ failure. He used this ability at the 138th Street Massacre, killing Ryan Covington. 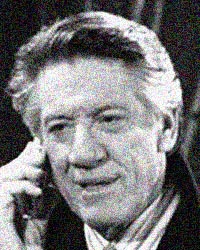 Gregory Seuss was born and raised in Canada, and he moved to Philadelphia in 2017, then to New York, NY in 2029 for no discernible reason. He has the ability to elicit extreme rage in people. At first, his ability did nothing but cause him to get into a few bar fights, but as he moved onto larger crowds, he discovered that the people fed off each other's rage and couldn't wind down, resulting in many deaths. He was present at the 138th Street Massacre and likely caused some fights and deaths.

Molly Walker and Sparrow Redhouse tell Peter Petrelli and Claire Bennet about the Sixers, who have caused numerous deaths in the area that the Company has had to cover up. The existence of the Sixers is a closely guarded secret, and is only known by the directors of the Company and a select few high-level government bureaucrats. It is believed that the Sixers are practicing for a large-scale attack, and the Company is assembling a small group of agents to prevent this.

Before the entire team can be assembled, they attack Madison Square Garden during a hockey game. Peter, Claire, Gabriel, and Noah descent on the arena and take out the Sixers with little difficulty, thanks to an ability-suppressing serum provided by Shanti. Noah is able to cure COF using antibodies in his blood that he developed when he injected himself with the disease and died.

Monica later discovers that Gideon Davenport is associated with the team.