Mark Spatny is a visual effects producer for Heroes.

Mark Spatny got his start as a production and lighting designer for the stage, then moving into 3D modeling and computer game design (for Disney Interactive and other PC game producers). Soon thereafter, Mark went to work as a producer and digital effects supervisor for Modern Videofilm, where he worked on films such as I, Robot, The Last Samurai, and The League of Extraordinary Gentlemen, as well as television shows like Everwood, Gilmore Girls, Birds of Prey, and Sabrina the Teenage Witch. He then went to work for POP Film, where he was the production manager for What Dreams May Come (which won an Oscar for its effects), Armageddon, Star Trek: Insurrection, and Doctor Dolittle. Some of Mark's other credits include The Lost Room, Ruffian, Ugly Betty, Battlestar Galactica, Mortal Kombat: Annihilation, Wanda at Large, and Baby Bob. 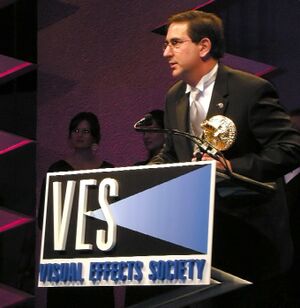