Matt Neuenberg was a student successfully recruited by the Company to aid in their operation. Matt had the ability of enhanced memory.

Graphic Novel:The Man with Too Much Brains

Matt's ability of enhanced memory causes him to get straight A's in school, but also causes him to be alone. A student asks him for the answer to a math question, to which Matt tells him, while his teacher scolds him for wasting such a great brain and pushes him into rethinking going to college.

The student he helped earlier and a girl persuade Matt to join a talent show. He aces a baseball question, but when he gives the number value of pi up to at least twenty-five digits, the crowd calls him a hoax and a freak, causing him to run off-stage. He meets Elle backstage and she convinces him that she can protect him and to follow her outside, but not before she electrocutes the stage and sets it ablaze.

Elle, Bob, and the Haitian watch Matt as he is tested on at the Company's facility. In his cell, Matt receives a cake from Elle and watches as she lights the candles. Matt asks Elle why she isn't protecting him like she promised, but she says she already has by bringing him here. Matt receives an electric kiss on the cheek as Elle tells him they aren't that different and they both want the same thing.

Sitting in a computer room, Matt stares at lines of codes on a computer screen. Elle stands behind him to check on his progress, lightening the tense situation by giving Matt a zap to his nose. Once Elle leaves to get donuts for the two of them, Matt notices two files on the screen he doesn't recognize: T. Monk and K. Apila.

Matt asks Elle when she returns who would send any files from Bhutan and tells her to call Mr. Bishop and ask if he knows what it means. Elle places the call and asks her father, and Matt is soon pushed out of the way by her so she can get to a device. Matt questions what she's doing as she opens the device to reveal a pair of goggles. Elle tells Matt she needs him to put the goggles on and look at the computer screen because she needs to destroy all of the information in the mainframe. Matt wonders what that has to do with the goggles, and she tells him he must keep all the mainframe file information in his head. Once Matt has the goggles on, Elle pushes a button on the device and the files from the mainframe are "downloaded" for storage in Matt's brain.

When Elle destroys the Company's mainframe, Matt falls to the ground, not breathing. Bob orders her to restart his heart without damaging the data in his memory. She zaps him and he wakes up to Bob's congratulations. Matt is rewarded for being a hero with a new, more pleasant room. However, when Elle comes in to visit, he retorts that "it is still a cell" and he pulls the curtains back to reveal a window covered with bricks.

After being led by two guards to the Company's operating room, he has a device attached to his head to upload the data. Matt says that he's afraid but Elle reminds him of her promise that she won't let anyone hurt him. Unfortunately, his brain can't withstand the pressure. During the upload, his brain begins bleeding and he dies on the operating table. 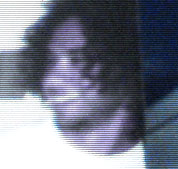 Though from an average, middle-class family living a fairly typical American suburb, Matt Neuenberg never felt like he fit in, even before first manifesting his ability at the age of 12. His extreme shyness and awkward manner in social situations made it difficult for him to form friendships. By the time he reached high school, he was a self-professed "loner," even if not by choice, with a heavily cynical attitude toward high school and suburban life in general.

Because of his ability to absorb massive amounts of information, he never developed any particular interests or hobbies of his own. His existence consisted, for the most part, of school and a home life spent largely alone in his bedroom absorbed more and more knowledge of the world, knowledge he never put to any real use other than mastery of schoolwork.

The case file also contains a psychological profile on Matt:

Neuenberg suffers from a common dilemma among teenagers: he likes to see himself as being "special" or different while at the same time he has internalized an almost desperate need to be liked and to fit in among his peers. Unlike an average teenager, Neuenberg is different as his brain can consume and retain vast amounts of information.

Rather then embrace this ability and use it to his advantage, he has internalized it as yet "one other thing" that makes him different from his peer group. This has manifested itself as a cynical attitude and immediate lack of trust upon encountering someone new. In another contradiction, he sees every new person as a possible friend, even if he immediately doesn't trust him or her.

These contradictions have made him quiet, introspective, and fearful of the world at large. Even though he has the brain capacity and natural intelligence to achieve truly remarkable things, his distrust and cynical nature all but predetermined him to a lifetime of internal suffering and professional failure if he had not died while restoring Company information after a potentially disastrous situation in the main computer control room. 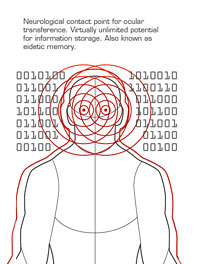 Matt had the ability to remember everything he learns. He used this ability to succeed in school, and also as a talent in a talent show. He was able to recite details of the 1967 World Series, and also knew the value of pi up to at least twenty-five digits (The Man with Too Much Brains), while also being able to store an entire mainframe computer's worth of information as a makeshift backup drive with the help of a device held by the Company (Hana and Drucker's Plot Discovered).

According to his assignment tracker file at primatechpaper.com, Matt's control index was 35%. His data analysis shows his biological level at 30, cerebral at 85, elemental at 20, and temporal/spatial at 5.

"All my life, I've had trouble making friends. It's not that I haven't wanted friends... They just seem to be more interested in what I can do than in who I am."

- Matt Neuenberg (The Man with Too Much Brains)

Please refer to Theory:Matt Neuenberg for fan-created theories and other speculation.