Richard Drucker was a communications tycoon and a revolutionary. He was an evolved human with the ability to communicate with technology.

In a Bhutanese temple, Traveler gives someone, whom he believes to be Drucker, a message from Hana Gitelman and tells him they must be related.

In 1992, Drucker's pilot, Hampton Connolly, allows Drucker to fly a plane over the Himalaya Mountains in a strong snowstorm. The plane crashes and two parachutes engage and float to the ground. For fifteen years, Connolly lives in Bhutan. Connolly notes Drucker's belief that fate brought him there. When Bob interrogates Connolly, Connolly tells him that Drucker left Bhutan a month or two ago.

Showing up on Matt Neuenberg's Company computer screen as a file named T. Monk, Drucker explains to Hana they're in the Company's mainframe as "Purushas," or bodiless individuals, to pull a massive viral file from Drucker's hard drive to completely destroy the Company's entire mainframe.

Inside the Company's mainframe, Drucker tries to escape the collapsing datastream with Hana. They reach a dead end, and soon accept their fates; Drucker is told by Hana they will meet again as they are seemingly deleted along with the rest of the mainframe's information.

Very little is known about Drucker. Hana's messages refer to him as the "mystery man". For other Heroes Evolutions content pertaining to Richard Drucker, see the cogitoergosum blog at 9thwonders.com, including the "In My Heart..." post, a mysterious postcard, and the William Congreve puzzle.

A hidden link on primatechpaper.com shows an assignment tracker. Using the password provided by Micah on corinthianlasvegas.com, users can access Richard Drucker's file by entering the user name and password on any of the assignments shown except the 12th assignment. The file kept about him is practically empty. However, his file does describe as follows:

Extreme hatred for founding members of The Company. Intelligence of the highest levels known to man. Zen-like disposition. Non-violent. Do not engage. Keep safe distance. He will know you have found him before you do. Potential to inflict serious cataclysmic damages.

DIRECTIVE: If found, continue to survey. Photographic evidence of his existence is invaluable. Last direct contact made: 1977.

A photo in his file (and a note from Hana) show that he is in Bhutan to get "off grid" and not be "affected by digital noise".

Additionally, an expense report in his file shows a total of $876,808 spent for items located in the archives section of corinthianlasvegas.com.

On February 7, 2008, primatechpaper.com was updated to show Drucker's file, which is rich with Drucker's personal history. The file traces his origins in as an orphan in a monastery, his obsession with revolutionaries, and the manifestation of his ability to hear and interpret all forms of communication signals. Drucker eventually earned a sizable fortune by pioneering the Internet. When Drucker vanished "off the grid" in the 1980s, Bob Bishop went to Bhutan to find him, but could not locate him since Drucker had become, like his niece Hana Gitelman, "a kind of computer program crawling through the world's systems." He was vaporized by Elle Bishop. The file's psychological profile notes Drucker's passion, anger, high intelligence, and unresolved feelings of abandonment. However, Drucker was able to find solace in Zen and Hindu thinking. He met Charles Deveaux and was introduced to the Company's founders, but his ideals ran counter to theirs and he moved in a different direction.

For Richard Drucker's original Assignment Tracker 2.0 case file housed at primatechpaper.com, see file A012, and enter the password RDghxiia. For a linked facsimile of the file, including full text and images, see here.

A series of Global News Interactive videos posted on Hana's website features a documentation of the life of Richard Drucker. Drucker is referred to as the "godfather of the internet", and a man who is rumored to be worth billions. Reporters cover his early life, including the time he spent in a monastery in Spain. The report traces Drucker's alignment with revolutionaries in Argentina, a secret society at the University of Virginia, and a group of friends with like ideals, including his friendship with Charles Deveaux and their shared interest in the jazz clubs of New York City. The GNI team notes that in 1977, Drucker split and moved to Bangalore, where he is credited with helping the city in their rapid ascent into the global marketplace. Finally, an exclusive interview with Drucker's old friend, Zhang Yang, expounds on the type of person Drucker is. Yang asserts that in the 1980s, Drucker was looking for someone to help him change the world through a system of global communication. Yang says Drucker's vision was a world of freedom, knowledge and communication--a digital revolution. Drucker's current whereabouts, according to the Global News Interactive team, are unknown: some say he now resides in Bhutan while others say he is dead.

In a roster posted on A Hero's Quest, Eric Thompson, Sr., is listed as going to Thimpu, Bhutan, for business related to Drucker. 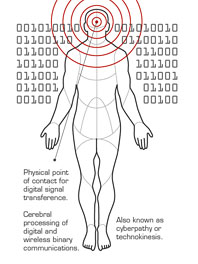 Richard Drucker had the ability, like Hana, to "intercept, generate, and interpret electronic, digital, and radio transmissions" with his mind. According to Drucker's assignment tracker file at primatechpaper.com, Drucker's control index was 90%. His data analysis shows his biological level at 30, cerebral at 85, elemental at 20, and temporal/spatial at 5.

Please refer to Theory:Richard Drucker for fan-created theories and other speculation.