Reading this page, I kind of feel like it's speculating that Pizet was killed by dehydration. He looks pale and dead, but his face doesn't exactly look shriveled, the way he would look if all the water and moisture were removed from his body. It's surely possible (and very probable), but I couldn't find anything that conclusively said Pizet died of dehydration. -- RyanGibsonStewart (talk) 15:25, 24 July 2007 (EDT)

I see no problem waiting to GN2 to see if they confirm Pizet was dehydrated or not. However, if you carefully look at each picture, of each person in the GN1, anyone can see that the artist is making a huge differentiation between the smooth-skinned, fair-complected, wrinkleless and unblemished, skin-tone colored faces of Claude, Haram, Rollo, and the women........verses the uneven-skinned, dark gray-skinned, horrible-complected, severely wrinkled and blemished face of Mr. Pizet. Which I strongly believe from the pictures, is the cartoonists attempt at showing the dehydration effect on the body of Pizet.

However, Compare and contrast the pictures. 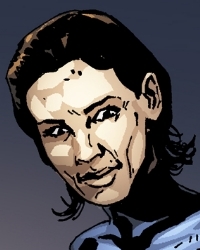 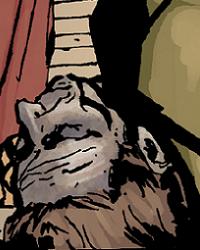 Even Haram, who is described as an Arab (and drawn with darker skin that the Anglo-Saxons), shows a stark difference in appearance than the 'dehydrated' anglo-saxon Frenchman Mr. Pizet.

How much more differentiation did the artist need to give us to convey the results of Dehydration on Mr. Pizet? --HiroDynoSlayer (talk) 07/26/2007 12:48 (EST)

Given the fact that the power is limited to use on organisms, the name "dehydration" seems too generic. In Golden Handshake 3 the folks from the Company refer to someone with this power as a "water vampire". Is "water vampirism", then, a better name? --E rowe 14:55, 7 August 2007 (EDT)

It would, by the naming conventions, be more accurate, since in the first comic of the series, it states: 'special' whose ability to rapidly dehydrate...