From Heroes Wiki
< User:Boycool42
Jump to navigation Jump to search

"Mr. Franklin" is the alter-ego of the user known as Boycool. He is a highly-trained, highly paid assasin. He kills whoever, wherever, however, whenever -- for a price. His fee is a fifth of your annual salary, whether you are a busboy or the king of England. Among his enemies are terrorists, Communists, fascists, hobos, Nazis, neo-Nazis, mutants, and Hillary Clinton.

Franklin was born in an unknown country sometime after the worldwide flood. His vast arsenal of powers have allowed him to live this long and enjoy doing it. He is technically the wealthiest man in the world, but he is so secretive about it that this fact is unknown. 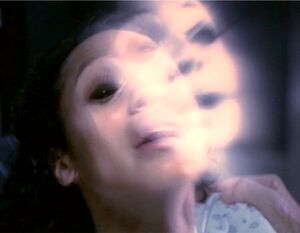 Mr. Franklin was born a short time after the Flood, the son of Ham. God gave him the first ablity in history - ability endowment. Franklin used this ability to endow his first wife...with the same ability. She, in turn endowed him with every ability she could think of. This "overloaded" her and resulted in her death.

During this time, Franklin lived a relatively simple life. He survived because of his endowed ability of rapid cell regeneration. Many abilies were passed down from him to his descendants. He used empathic mimicry to absorb every ability he did not already have.

Franklin was one of the settlers who came to Jamestowne. In fact, he was the first to set foot on the land now known as the United States of America.

Franklin's most famous descendant, Benjamin Franklin, was born in 1706. The elder Mr. Franklin's endowed ability of electrical absorption was passed down to Benjamin.

Franklin fought alongside George Washington in the French and Indian War and the American Revolutionary War. Washington died in the Battle of Yorktown. Mr. Franklin was elected the first President of the United States. However, being as modest as he was, he combined telepathy, illusion and shape shifting to convince the American people that he was George Washington.

Franklin became bored and skipped over this century with space-time manipulation.

Franklin fought in every battle of World War II. His sharpshooting skills singehandedly won the Battle of Normandy. He later bombed Nagasaki and Hiroshima, ending the war. Later in the 20th century, he financed the creation of the Internet. In the 21st century, he surprised many normal people by stratigically endowing them with abilities. He used his various powers to create situations for them that would result in long storylines for his entertainment. He has been doing this since.