Why does the title card state that Matt transferred Nathan's mind? Did I miss something? I thought he just erased his memories and implemented the simple command "You are Nathan"?

Which is an important distiction, I guess. So this is still Sylar believing he's Nathan, not Nathan in Sylar's body.--LongBlackCoat 07:25, 28 April 2009 (EDT)

Huh? Lost me here... I agree that no mind transfer took place, that's why I started the topic: I was wondering about the introduction of the Gn.--LongBlackCoat 11:29, 28 April 2009 (EDT)

It's a combination. Parkman used telepathy to wipe Sylar's memories of himself (as Arthur did to Angela in regards to his plan to kill Nathan). Sylar already knew a good deal of Nathan's history, through the objects he touched. Matt, using telepathy, made Sylar believe these were his own memories, and likely induced a few that he personally knew as well. --Ricard Desi (t,c) 13:51, 28 April 2009 (EDT)

The GN is from Mohinder's perspective, so that may mean that since he believed Sylar to be dead (although we know he's not), he may also believe Meredith to be dead (though she may not be). Criminally Vulgar 16:23, 27 May 2009 (EDT) 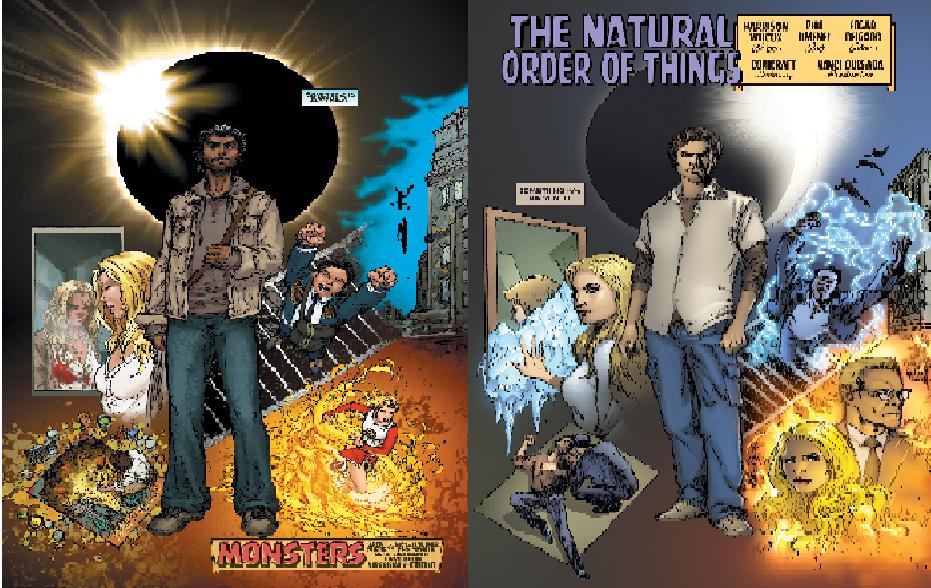 Speaking of character appearances, could it be noted that this is the first graphic novel that Tracy and Niki have both appeared in? Criminally Vulgar 16:19, 27 May 2009 (EDT)

In the image with sylar standing surrounded by the heroes could someone photoshop out the word bubble and turn it into a background image for my desktop. You would be so awesome to do this. —Gamerelite1 19:44, 30 April 2009 (EDT)

The Into the Wild, Part 3 states:

I think it would be changed, cause The Natural Order of Things features now more evolved humans (26) than Into the Wild, Part 3: