Mindy Sprague was a Company agent who worked at the Three Mile Island in 1978. She is the mother of Ted Sprague and is an evolved human with the ability to absorb and release energy.

In 1978, Mindy tries to hand her boss, Alfred Washburn, a file on her safety inspections. Al does not want to take the files and insults Mindy, claiming that she should not be working there. Mindy reminds him that it is her first day, but Al does not want to hear it. Angry, Mindy leaves and goes to tea with Angela Petrelli. Mindy complains about Al and how she would like to shave her name into his mustache, which Angela finds amusing. As their children play, Angela and Mindy discuss her mission at the plant, and Angela encourages her to continue.

Taking Angela's advice, Mindy interrupts Al's poker game and slams a file onto the desk while her hand is mysteriously glowing. She informs Al in front of his friends that the plant is in serious violations of several safety laws, which forces Al to take action. Later, Mindy contemplates her new job and life and one day, while leading some workers, she and Al discuss the new core. Al informs her that it has already been changed, and a meltdown occurs. Mindy tells everyone to get out, and stops Al from waiting for her. She then runs to the core, her arm once again shining. Mindy enters the core and a bright glow is seen.

In 1978, Mindy enters the reactor and begins to absorb the energy from the meltdown. Her entire body shines and she screams out as the energy surges through her entire being. The power gets into her body and illuminates her skeleton. As Mindy's body begins to give way, she screams out that she has to put an end to it and redirects all of the energy from the blast out of her body. Mindy collapses, but not before seeing the power of the blast escape through a vent.

Later, Mindy awakens in a hospital bed as Alfred Washburn looks over her. Alfred explains that he was afraid Mindy would not wake up and Mindy asks where Ted is. Alfred tells her about everything, and Mindy wonders what storm he is talking about. Alfred shows her the storm and Mindy realizes what she did. Terrified, she asks if Alfred said "Angela". Later, Angela tells the other Company founders that Mindy and Ted have disappeared.

In Hiro's sixth blog post, "The Loft", Hiro reports on his findings in 1963. Hiro finds Angela Petrelli's dream journal and attempts to uncover what the dream means when it is referring to a lady dressed in a white coat, referring to Mindy.

In Hiro's seventh blog post, "Mindy Goes TMI", Hiro uploads a link to a surveillance video. In the surveillance video, Mindy Sprague walks down the halls of Three Mile Island. When she is jolted into the wall and red lights start flashing, Mindy starts running down the halls. Hiro also notices that Mindy was carrying a file on Adam Monroe and wonders what he had to do with this.

In Hiro's ninth blog post, "Memories of Maury", Hiro reports that he figured Angela and the gang had some post-mortem on the Mindy Sprague incident. 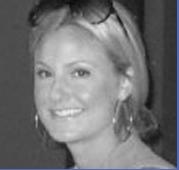 Mindy is the third of five children and second daughter of farmers Ernest and Nellie Sprague of Derby, Indiana. Around the age of 18 Mindy left home for California to "find herself" and was soon caught up in the Berkeley hippie movement of the late 1960s. It is assumed that her ability first exhibited around this time, but no evidence exists to support this theory, and there is no extant employment record. After becoming pregnant, Mindy returned home in 1973 to prepare for the life of her child, Ted Sprague [see AT profile C003].

A fiery incident involving an industrial turbine put Mindy on the radar in 1975, and she was brought into the fold by A. Petrelli in October of that year. Mindy underwent eight months of prep for her first major assignment, the Amazon Transition [see Job File for Quito, Ecuador]. Due to a change of Company directive with regard to Adam Monroe, Mindy was chosen as his TMI replacement, job assignment beginning January 3, 1978.

After the [CLASSIFIED] TMI incident, Mindy took herself off the grid, and is now believed to be living in Caracas.

Early psychological tests conducted by the Company indicate selective cognitive dissonance. Subject often acts and reacts based on her need for dissonance-reduction through activity. While this may be related to undetectable and inconsistent levels of constant energy absorption and recycle, fear of intimacy may also drive the behavior. Mindy also possesses the difficulties in dealing with authority figures frequently exhibited by evolved humans.

Mindy has the ability to absorb, transfer, and redirect energy. She has been seen to emit a bright light from her hand/arm, when she absorbs energy. According to her Assignment Tracker profile, she can also transfer and redistribute energy.

Please refer to Theory:Mindy Sprague for fan-created theories and other speculation.