This page is a recreation of Elle Bishop's Assignment Tracker 2.0 file. To view the original primatechpaper.com file, go to case number C023, and enter the password EBhnu07bh. 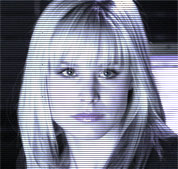 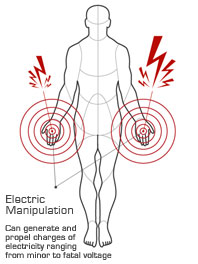 46%
Elle Bishop is a former Company Agent and daughter of deceased Company Chairperson, Bob Bishop. Elle has been raised within the walls of the Company, as her father was one of its 12 founding members. She was brought in to the company at age nine after a string of unfortunate events all revolving around her inability to effectively control her ability. She was tested thoroughly by a team of Company professionals and the determination was made to hold her at the Company so that she might gain sufficient command of her ability.

At a time of sufficient maturation, and after a course of preparatory mini-missions (word choice), Elle was given agent status and tasked with her first mission of surveilling [sic] Agent Noah Bennet's daughter Claire. This and a string of subsequent missions she participated in were, under the stringent regulation of her father, all considered failures. These failures ultimately resulted in a suspension from Company activity.

Recently, Bishop has been identified as being directly responsible for the electrical failure of Level 5's security measures system-wide, which resulted in the escape of a number of high-profile captives. Since this incident Elle has exhibited a lack of control of her ability, proving her to be a danger to civilians.

Heavy dependency issues are evident in Ms. Bishop, likely stemming from a fractured relationship with her father. This may make her susceptible to infiltration by an agent posing as a confidant or father figure. Her socio-behavioral skills are underdeveloped, to say the least, as she was been raised in a captive and isolated environment from age nine. Concepts of personal space and a tendency towards expulsive behavior are hallmarks of this, both of which she exhibits profoundly. Elle also displays mild/moderate sociopathic tendencies; a trait that manifests itself in the joy she receives from delivering mild electric shocks to other captives within the Company. Note that animosity towards our operation may be a factor when dealing with Bishop as she was fired by new Chairwoman, Angella Petrelli [sic], shortly after Bob Bishop's passing.
Retrieved from "https://heroeswiki.ddns.net/index.php?title=Assignment_Tracker_2.0/Elle_Bishop&oldid=17674"
Category: