This page is a recreation of Flint Gordon Jr.'s Assignment Tracker 2.0 file. To view the original primatechpaper.com file, go to case number C013, and enter the password FGzrf31n. 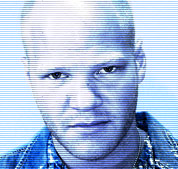 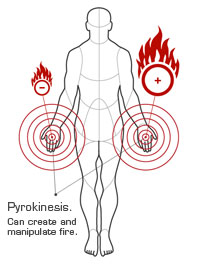 80%
Subject grew up on a farm in rural Arkansas. His mother died from complications during childbirth. One older sibling Meredith Gordon. Father was killed in a house fire when Flint was eight; cause of the fire is unknown but may have been powers related, though it is unlikely Flint had manifested at this time. Flint was separated from his sister and lived in at least six group homes and with several foster families in various states (AR, TX, TN, MO) before running away.

Flint was one of the twelve escapees during the Level Five breakout. Agent Bennet and Agent Gray apprehended him a short time later during an attempted bank robbery along with Murphy [DECEASED], Washington, and the German [DECEASED]. With aid from Pinehearst he was successful in a second breakout.

Flint's troubled personal history and intense fascination with his own power makes him extremely dangerous. He exhibits a high level of control over his abilities, able to produce flames at an extremely high temperature. He has shown very relaxed moral values and is prone to aggressive outbursts. His IQ scores are also very low and indicative of his colloquial nature.
Retrieved from "https://heroeswiki.ddns.net/index.php?title=Assignment_Tracker_2.0/Flint_Gordon,_Jr.&oldid=17680"
Category: