This page is a recreation of Ted Sprague's Assignment Tracker 2.0 file. To view the original primatechpaper.com file, go to case number C003, and enter the password TSntz14b. 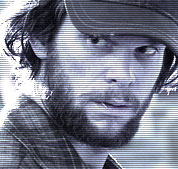 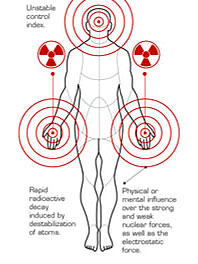 12%
Sprague was tracked and captured while on a routine business trip to Kansas, conducted as part of his job for a medical supply company. His wife, Karen, most likely died due to the manifestation of Sprague's ability to emit radioactive particles. She succumbed to cancer after enduring sustained exposure to high levels of radiation.

Sprague was apprehended while visiting his wife in the hospital. Karen died during the arrest, and Sprague was taken in for questioning by Hanson and Parkman. After questioning, Sprague escaped FBI custody during prisoner transport and fled to the Nevada desert. The Company captured him there, but he managed to escape and was most likely murdered by Gabriel Gray (see C3004 [sic] file) who possibly acquired Sprague's power of radiation.

Preliminary testing indicates that Sprague's body was capable of releasing upwards of 10,000 Ci of radiation, enough to cause immediate death.

Sprague was always something of a loner who carried around a lot of repressed anger at a world he believed wanted little to do with him. When he met and married his wife, these feelings softened and Ted's emotional health became stable for the first time in his life. When his ability manifested and he accidentally killed his wife with excess radiation, his repressed feelings of anger and rage came to the surface and he became mentally unstable. While his death may actually be seen in a positive light because of this, the passing of Sprague's ability to Gabriel Gray may pose grave consequences for the entire world.
Retrieved from "https://heroeswiki.ddns.net/index.php?title=Assignment_Tracker_2.0/Ted_Sprague&oldid=17775"
Category: