This page is a recreation of Eric Doyle's Assignment Tracker 2.0 file. To view the original primatechpaper.com file, go to case number C019, and enter the password EDwvar70p. 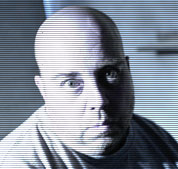 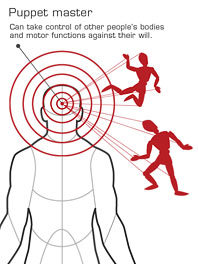 80%
Eric Doyle was born in Omaha, Nebraska. He was orphaned at five when his parents died in an auto accident and was raised by his uncle, Ned, in San Diego, California. Eric shunned his new home and the Southern California lifestyle in favor of an elaborate imaginary world revolving around a set of crude finger puppets that his birth mother had made for him. Ned, an avid outdoorsman, clashed frequently with his nephew over Eric's desire to "play with dolls."

One day, during one of Ned's frequent attempts to force Eric to enjoy the beach, Ned gave his nephew's ragged finger puppets to his dogs as chew toys. Watching the last keepsakes of his childhood destroyed sent Eric into rage, causing his power to manifest for the first time: Eric forced his uncle to swim away from shore and drown in the Pacific.

Afterward, Eric experimented eagerly with his power while waiting to be arrested for Ned's murder. But the police investigation concluded that Ned had been caught in a riptide while beachcombing. The escape emboldened Eric in the months ahead. Left with his uncle's house and assets, Eric opened a moderately successful marionette theater, entertaining children with intricate shows but clashing constantly with parents and business relations. Behind the theater operations, Eric carried out an increasingly more brutal pastime: the kidnapping and torture of those whom he felt had slighted him.

Eric Doyle met Claire Bennet's birth mother, Meredith Gordon, at an antique flea market, where Meredith was admiring a rare 19th century marionette. In Company interviews, Eric claims he fell in love at first sight and felt that he and Meredith were meant to be together. But despite Meredith's initial politeness and Eric's increasingly desperate attempts -- including abduction and manipulation -- he was unable to make her love him, to his deep frustration. The Company made its initial bag and tag of Eric at this point, and Meredith survived.

The subject's traumatic loss of his parents at a formative age, accompanied by the abrupt transition to an unsympathetic environment and caregiver, resulted in persistent feelings of anger and frustration toward society. Psychological interviews reveal classic anti-social tendencies and an aversion to casual human interaction. In substitution, the subject projects a highly developed fantasy instinct onto his perceptions of the world, and any cognitive dissonance encountered as a result is channeled into his repressed frustrations and sense of rejection. Because of this acute disruption in emotional development, the subject possesses many of the psychological characteristics of a pre-pubescent child. The subject's ability has become the primary outlet for his childhood feelings of loss and powerlessness, leading to a chronic psychological dependency. The subject has also developed a number of accompanying defense mechanisms, such as a radical perception of justice and vengeance that validates virtually any action against any given victim.
Retrieved from "https://heroeswiki.ddns.net/index.php?title=Assignment_Tracker_2.0/Eric_Doyle&oldid=17675"
Category: