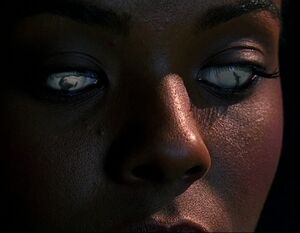 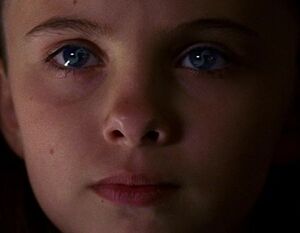 In this case, was Molly actually using her power, she was being affected by Maury's telepathy or this eye alteration is meaningless, just a way to add a symbol in the show? Mateussf 11:44, 23 May 2009 (EDT)

His eyes glew in that graphic novel, but:
1) we saw that moment in The Butterfly Effect, and neither his eyes nor his face changed
2) so that should be just an artist's doing for a more dramatic effect.
Besides, GNs are secondary canon sources. In an episode, a primary canon source, no such thing occurred. -- Altes 06:27, 30 May 2009 (EDT) 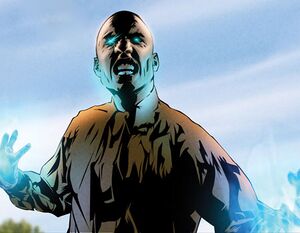 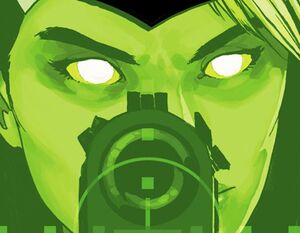 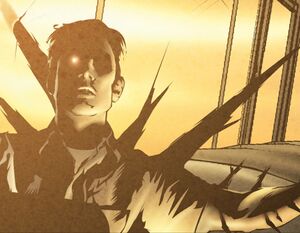 His face was never shown when he used space-time manipulation - however, when he sent Claire back to Angela in Our Father, it seemed like he didn't close his eyes. Thoughts?

His ability was never revealed, but his eyes did turn black. Should we put him in?

Should we keep the table style or create separate sections for each ability? I think the sections would be better, but we would have some work. Mateussf 14:46, 3 September 2009 (EDT)

When Peter's eyes glowed, it was in a dream. Maybe he should be removed from the table, but stay in the gallery?

In the last few panels of Moonlight Serenade, Linda's eyes glow blue when she takes Ida's aura. If no one objects, I'll add aura absorption to the article in a couple of days. Intuitive Empath - Talk - Contributions 20:10, 21 October 2009 (EDT)

When people with RCR "die", their eyes glaze over, sort of like precognition but to a lesser degree. Is that what happens to all dead bodies or is it part of the ability?--PJDEP 17:30, 17 December 2009 (EST)