From Heroes Wiki
< Talk:List of abilities
Jump to navigation Jump to search

A new page listing and comparing/contrasting Peter and Sylar

I don't think we have a page like this, specifically listing and comparing their powers. Would it be worthwhile to create on, specifically focusing on these two guys, and their absorbed powers? Yes we can go to the Peter page, and we can go to the Sylar page, but as often as they are compared, it would be nice to have a page solely dedicated to the two of them together in relation to their powers. Thoughts? --HiroDynoSlayer (talk) 11:03, 20 February 2007 (EST)

It actually wasn't removed, it was hidden. If you edit the page, you'll see it there. Regardless of whether it's there or not, we don't include any information that hasn't aired. Since Claude hasn't appeared (nor is invisibility) yet, they don't belong until January 22 (can't wait, can't wait). - RyanGibsonStewart (talk) 20:47, 12 January 2007 (EST)

Should we make a table of contents so someone can go right to a certain power? I tried doping that, but I couldn't get it to work Heroe 23:27, 2 February 2007 (EST)

Ok, help again. Now I noticed the Theories link leads to the Theories portal. I think it should lead directly to the Power Theories page, but when I edited it to do that, it wouldn't work. Could someone do that? Heroe 10:28, 4 February 2007 (EST) * If there's a page that's linking to the Theories portal instead of the proper page, it's because the {{theories}} template isn't being used properly. See the new Usage instructions at the template or the new instructions at Help:Theories and Spoilers.--Hardvice (talk) 13:04, 4 February 2007 (EST)

Should Dale's Enhanced Hearing power be added to the list yet or when she appears in next weeks episode?--The Empath 14:25, 13 February 2007 (EST) 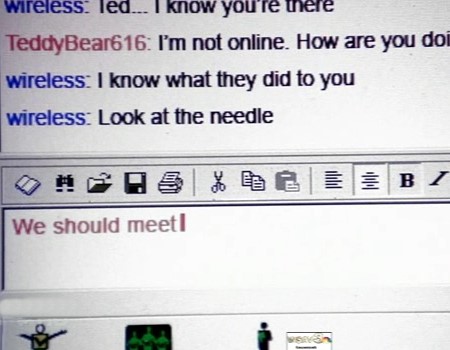 According to Sylar in Roadkill... he calls his "Evolutionary Imperitive" (power): "Acquisition". Being the idiot I am, I didn't know what that meant really, so I googled it.

I wouldn't say it's his "power" per se as much as it is what he does with his ability. Kind of a reach, but it's like saying Micah's originally-thought power was "telephone-fixing" when we know that's something he does with the ability. Granted, he definitely acquires abilities, but so does Peter. Bob - 19 Feb 22:41 CST

Might want to be re-thinking 'Plant Growth'. The newest .07% spoiler shows Linderman (aka probably Austin) admiting to being able to heal things, and then proceeds to heal a dying flower. I am going to start a theory, if there isn't one on the theory page, that Linderman/Austin is more than a healer, but is 'One of Those' that Claude called Peter in 'The Fix' and Austin absorbed Au-Co's influence over plantlife....

Should there be a section for powers that have been mentioned but not seen, or not enough is known about to have their own pages? -Lөvөl 13:00, 2 May 2007 (EDT)

In the description for Peter's Power, it says that he can absorb the powers of other evolved heroes while in their proximity. In many episodes, he has demonstrated the ability to use the powers when not in proximity. We should add something that addresses THIS aspect of Empathic Mimicry. Jpschus 05/09/2007 4:36 (CST)

While the discussion over Guillame's power got me thinking on this, and I mentioned it on the other discussion thread, I find overall, there is a naming consistency we should address; regardless of whatever power we settle on with Guillame.

The terms 'Control' and 'Manipulation' are synonyms for one another. Presently we use 'Control' only with the power of 'Plant Conrol', but we are using 'Manipulation' on 3 other powers (Dream, Mental, and SpaceTime). There is also discussion in both directions with wanting Guillame's power to be either 'Emotion Control' or 'Emotion Manipulation'.

I would simply like us to consider being consistent, since these two words are synonyms of each other, and their meanings are the same (Microsoft Word Thesaurus).

I would like to see us choose one or the other, and apply it consistently to all existing powers, as well as any future powers that are debuted that would be applicable.

Given that the Nine Unknown Men has been cited as an inspiration to Heroes, could it be possible that we could begin to classify these powers into the 9 groups? Even maybe in the theories page or something? --Unfalln 22:04, 2 July 2007 (EDT)

Just for clarification, clairvoyance (as defined in the world of Heroes) is the abilility to see people that are not in one's presence. Clairsentience is the ability to perceive the history of objects. The name clairvoyance, for our purposes, comes from a folder in the Genesis files. The name clairsentience is mentioned by Bridget Bailey to be the subject of a section in Activating Evolution. Just wanted to clair-ify. :) -- RyanGibsonStewart (talk) 11:14, 12 September 2007 (EDT)

I did a little research on this, and the common name of is either 'transmutation' or 'alchemy'; both of which are more generic and not specific to only turning metal to gold. If it ends up this new power is limited to just turning gold, then that specific power is called Chrysopoeia. If it ends up being a more robuts metal power, we have more alternatives to choose from. --HiroDynoSlayer (talk) 09/24/2007 22:56 (EST)

Known power and how we classify it two-ways, instead of three

I have thought the way we use the 'known power' box is confusion as well. This option is really has a tri-phased answer, and the way it is designed presently, it is can only handle a two-phased answer (Y/N). What if we changed the label to just say: "power:" (removing the 'known'); and then we only support 3 answers.

1) power: none (no power exists) or
2) power: Flight (a power exists, and we have agreed upon its name) or
3) power: uncertain (a power exists, but we are yet uncertain of its name...and their might be a better word than uncertain, but the premise it conveys should show a yet-to-be-named power definately exists)

This tri-phase approach would remove the confusion, and we would know for every person, whether or not they have a power, and if it is certain, what that power is. --HiroDynoSlayer (talk) 09/25/2007 10:17 (EST)

If I'm not mistaken, there shouldn't be punctuation marks on the end of the power descriptions because they are not sentences. "The ability to transform the composition of materials" is a fragment and shouldn't have a period on the end of it. Right? -- RyanGibsonStewart (talk) 13:07, 16 October 2007 (EDT) 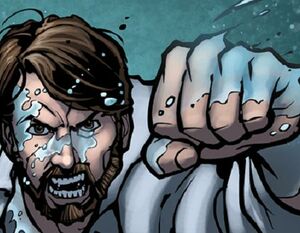