Jack, Peter, Claire, Fredrick, David, and Sylar are in the log house when Jack gets a text message from an unknown source that says, "You can't resist." Jack and Claire go to see who sent the message, but Jack becomes evil for unknown reasons and turns on Claire. He takes Claire to Facility 6 and throws her into a jail cell. Jack walks away and leaves Claire there. Her "cellmates", John Burrows and Gabe Goodman, devise a plan to escape and succeed. The three got to the entrance, where they were cornered by the evil Jack. Claire told Gabe and John to leave and talked to Jack. She convinced him to become good again and they share a kiss. Jack throws a fireball at the walls of Facility 6 and they ran out before the building exploded. When Claire and Jack get to the log house, Nathan is there with soldiers and somebody Jack never thought he'd see again. He discovers his Power Accessibility when he flings a few soldiers aside. He grabs the lead soldier and sees the face of his old fencing teacher, Chris Allen. Right when Jack is about to kill Chris, a man teleports in and grabs Jack, taking him to the future. The man in Future Tobias Petrelli from 2015 and tells Jack that he shouldn't use his Power Accessibility because it will corrupt him. Future Tobias brings Jack back to 2006 and leaves. Jack sees that Nathan had left and introduces himself to John and Gabe. 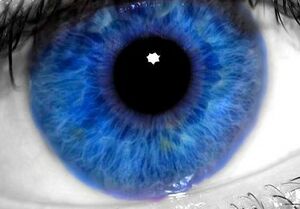 into a darker blue color when he becomes evil.