If anyone else is having trouble, I think they are moving the 9th Wonders forum onto the new server tonight. I can access the headers, but am have trouble accessing any of the messages. Hopefully, this should be cleared up soon.--MiamiVolts (talk) 02:37, 30 August 2009 (EDT)

I'm wondering what people here think about this (click for news info). When I heard about it, the large amount offered made me wonder if other motion picture companies will now follow suit. FedEx paid only $2.5 billion for brick and mortar store chain Kinko's in 2003... Major competitor, DC Comics, has been owned by Warner Brothers for some time now. Might we see a bid from Paramount or Universal for Image Comics? Image is the third largest comics publisher in the U.S., and features such titles as 'Spawn' and 'Witchblade' that have gone to TV/film production... On a related note, way to go to Perlmutter, who acquired Marvel while it was going through bankruptcy in 1996.--MiamiVolts (talk) 02:41, 1 September 2009 (EDT)

Jack Coleman is scheduled to be the guest on Filmnut a week from tomorrow. That is Wednesday September 16th at 8pm pacific time and 11pm eastern. Cristine Rose and writers/producers Adam Armus and Kay Foster have previously appeared on the show.
You can instant message in questions during the show and you can watch it at http://www.thestream.tv
You can post a question for Jack at the link below. Priority will be given to live viewers but if there are a lot on the message board, they will grab from there too: http://www.thestream.tv/forum/viewtopic.php?p=21879#21879 --MiamiVolts (talk) 16:58, 8 September 2009 (EDT)

Our sister site, BionicWiki.com, regarding canceled show Bionic Woman, went down a couple months ago in July 2009 when the domain registration expired. HeroesARG.com was taken down this week, so I've removed it from our featured sites. If you still see links here to either site, feel free to remove them.--MiamiVolts (talk) 18:27, 8 September 2009 (EDT)

I challenge Heroes Wiki to complete all of the checklists that are to come in Season Four by the time the season ends!!!!

Hey, everybody! I have been selected by the Heroes All Access team to host one of ten official Heroes House Parties to celebrate the premiere of Season Four! If you live in the Harrisburg, PA area and would like to attend my party on September 21, please contact me (here's a link to my talk page, and my email address is ryangibsonstewart at heroeswiki dot com). It's going to be a great time at my house that evening, and I'd love to have anybody over who would like to come. Plus, it'll be great fun for all of us to go through the party pack that Heroes All Access is sending me! :) -- RyanGibsonStewart (talk) 23:41, 14 September 2009 (EDT)

I've updated all the templates and portals for the Season Four cast and characters. There's a lot of templates that make them work (how we've evolved!) and some really fancy code that makes the magic happen. If I've missed something and you can't figure it out, feel free to let me know what the problem is. Of course, there will be some funny red links and mistaken code until Monday evening, so after that, if you see anything that's just not working the way it should, let me know. Thanks! -- RyanGibsonStewart (talk) 18:38, 18 September 2009 (EDT)

Hi everyone,
There are some major inconsistencies with the timeline of October 2006. For days actually I've been revising every event, every scene in the first six episodes one-by-one.. even tried to make a small scale timeline string. Now I'm almost sure that there are two wrong canonical informations which contradicts two other canonical infos, also absurdising many other things. I'm not sure whether here is the place for discussing this, but as an almost post-academical analyses of timelines one-by-one and character-by-character, I can definitely say that there's need to change the timelines of multiple things - actually just sliding most of them by one day. Please leave an open mind and discuss it asap.
Thank you in advance,
--Janrodrigo 13:26, 20 September 2009 (EDT)

I would like to ask everyone to visit my userpage here and contribute their top-5 favorite quotes. I want to make this into a mainspace Fan-Creation page, and Ryan advised me to post here soliciting members to participate, and once it becomes populated, then move it into the mainspace. Thanks in advance for your entries...I look forward to reading them, and watching the page grow! --HiroDynoSlayer (talk) 09/21/2009 14:25 (EST)

Does anyone have problems with the site recently? Every once in a while, while clicking through the links on the site, I'll get a 404 not found error on a WebServerX system page (sometimes it'll be a Google page and sometimes it'll simply be a blank page saying "Not Found - 404"). Also, sometimes I've been redirected to random websites when clicking the "Submit" button on edit pages. --Radicell 10:50, 6 October 2009 (EDT)

I Believe There Is A War Coming With Samuel

Samuel Sullivan the leader of the carnival, i rekon just like magneto in x men will try and make a war happen with all these abilities in the carnival and to get the help from peter pettrelli and sylar to work together and defeat all the non powerd humans what do you think?

Do you have what it takes to join the new Company? 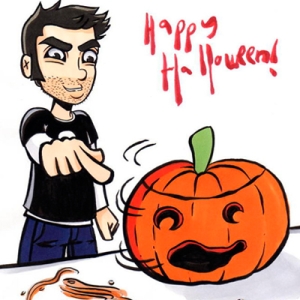 I know some people are Heroes Wiki users only and I understand that. :)

I have a fanfic going on over at 9thWonder.com

Are You A Geek