Ricardo Silva, better known as "Red Eye", was an innocent scientist whose life was all but destroyed by The Company's manipulation, most especially by their top-secret unit, the Kill Squad. As a result, Silva set out on quest for revenge against them. He is an evolved human with the ability to bring out uncontrollable rage in others.

Ricardo and Anna stands amongst the bodies of the four Kill Squad members. Anna goes into a flashback, in which she remembers the Kill Squad captured them and were violently beating on Ricardo. Knowing they intended to kill him, Anna used her ability to wipe the minds of the Kill Squad members. Anna assumed they could escape from the zombified Kill Squad. Ricardo, however, sensed his chance for revenge was at hand and used his ability to drive the Kill Squad insane with rage, and three of it's members shoot each other dead while Ricardo kills the last by crushing his head with a large rock. Afterwards, Anna is so distraught over the fact Ricardo is a monster, and has made her into one too, that she runs away, leaving a stricken and guilty-looking Ricardo behind.

As Anna walks to a night class at her college, she is startled by Claire. Recognizing Claire from her Primatech file, Ricardo uses his ability to incite two security guards into attacking her, intending to protect Anna. Anna is able to stop the guards and wipe their memories but is greatly angered at Ricardo and orders him to call Claire an ambulance. However, Claire recovers and convinces Anna that Ricardo truly cares about her. Ricardo says that he only wants to talk to Anna and, afterwards, she will never see him again. Ricardo is invited to dinner with Anna and Claire to talk. 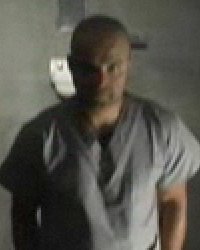 Red Eye is held in a Level 5 cell.

In chapter 1 of Operation Bad Blood in the iStory, the Pinehearst contracted player steals a video file from a Primatech warehouse in order to infiltrate the Kill Squad. The video is labeled as being of a Level 5 cell and shows a man whose eyes glow red for short periods of time.

In chapter 2 of Operation Bad Blood in the iStory, the Pinehearst contracted player visits a lab in the Pinehearst Headquarters in Fort Lee, NJ. The player learns that the person whose video was discovered in chapter 1 appears to have been broken in and caused some scientists to attack each other. The scientists refer to the intruder as Red Eye, and it appears that he kidnapped a young girl named Anna, and took some tranquilizers and wake-up juice.

In chapter 3 of Operation Bad Blood in the iStory, Ricardo and Anna enter Maya's apartment in New York City. Red Eye gives Anna an injection to wake her up completely so she can use her ability. He then uses his ability to make Anna angry and leaves, expecting her to turn her ability on the neighborhood. However, an eclipse occurs and Ricardo and Anna both lose their abilities. Ricardo then re-enter's the apartment and is taken down by the Pinehearst contracted player. Sean Fallon, Tom Drake and Lloyd Collins of the Kill Squad arrive shortly thereafter, and escort him out the front of the building. However, Primatech agents are waiting outside and Ricardo escapes in the midst of the ensuing gunfight.

In chapter 4 of Operation Bad Blood in the iStory, the Pinehearst contracted player gets Anna to spill the details of Ricardo's backup plan to ambush the Kill Squad at their base in Alaska. Primatech is listening in on the conversation, and grants both Anna and the player freedom for this information. The player is also told by Angela Petrelli that Ricardo will find Anna again.

In chapter 5 of Operation Bad Blood in the iStory, Aaron Taylor accompanies the Pinehearst group heading with the Pinehearst contracted player and gives the player an aerial photo of Red Eye and Anna taken by his Predator-type drone. The player later encounters the Primatech contractor that captured the player and Anna in New York City and shows him the photo. In the photo, Anna and Red Eye are running through a clearing near a river and ahead of them is a dam. The Primatech agent asks why would Red Eye care about a dam, then realizes and says that the Kill Squad is in the dam.

In chapter 2 of Operation Splinter in the iStory, the Primatech contracted player arrives at a farm house detention facility in upstate New York. There, the player learns about Ricardo Silva, who is codenamed Red Eye by Primatech. According to Tim Pope of the Company, Ricardo is a biochemist, researcher and part-time professor. He manifested in a Primatech lab, killing a few people, and has been kept in Level 5 and other detention facilities ever since. Tim continues that Ricardo has the ability of primal rage, and it turns people on each other like a dog fight. In the facility, the player discovers that one of the Primatech guards, Harris, was also a Kill Squad member, and had attempted to kill Red Eye. However, another Primatech agent, Carter, walked in on them and Red Eye was able to force them to fight each other. Ricardo then interrogated Harris about the Kill Squad's next mission, to kill Maya Herrera. The player also found a notepad Ricardo wrote on, and uses a pencil on the top page to discover Ricardo's message:

Later, the player travels under orders to a run-down apartment building where Ricardo used to live. According to Company records, Ricardo had a second floor apartment in the building. The player finds Anna, a teenage girl with a Russian accent, slumped over on the front steps. Suddenly, Ricardo exits the building, and the player, feeling the effect's his ability, takes aim with a gun at Anna.

In chapter 3 of Operation Splinter in the iStory, Ricardo leaves his apartment with Anna by car, and escapes both a roadblock set up by Primatech Operations team and a car chase from the Primatech contracted player. Later, Primatech agents attempts to capture him and the Kill Squad outside Maya's apartment in New York City, but Ricardo escapes during the gunfight.

In chapter 4 of Operation Splinter in the iStory, the Primatech contracted player searches Ricardo's former apartment and learns that Ricardo was a former Primatech employee. The player deduces from the evidence that Ricardo had helped Gael Cruz with intelligence work that became the Kill Squad's target list, but originally he didn't know what he was actually doing. When Ricardo found out, his family was taken hostage to force him to continue working. And when Ricardo manifested and became uncontrollable, he was taken to Level 5 and his family was killed and left hidden in plastic garbage bags in his apartment's closet.

In chapter 5 of Operation Splinter in the iStory, Primatech uses the coordinates the Primatech player found on the notepad Red Eye left at the Upstate New York farm to travel to an Alaskan town where they suspect that the Kill Squad has a headquarters. Later, the Primatech contracted player follows a man that the player suspects to be a Kill Squad member into the forest. The man explains he is a Pinehearst contractor assigned to go undercover and infiltrate the Kill Squad and shows the player an aerial photo of Anna and Red Eye from above. The Pinehearst contractor adds that the photo was taken east of their location and that Anna and Red Eye appear to be headed towards a dam.

In chapter 6 of Operation Splinter in the iStory, Ricardo is spotted by the Pinehearst and Primatech contractors arguing with Anna in the dam's "Generator Room". Later, Red Eye uses his ability on the Pinehearst and Primatech contractors but stops when Anna asks him to. He makes a deal with the Pinehearst contracted player to help with their plan in exchange for getting Anna out safely no matter what. Ricardo then accompanies the contractors up to the control shed and gets distracted when he spots the Kill Squad's leaders getting into a truck through the window. After the Primatech contractor focuses him by promising to kill Sean Fallon, Ricardo wishes both contractors good luck as they make for the explosives. Then, while standing just outside the control shed, he uses his ability on the dozen Kill Squad members patrolling the upper deck. Ricardo is spotted by one of the Kill Squad leaders on the river bank with a sniper rifle, who shoots Ricardo clear through the heart, killing him.

In chapter 11 of The Agent, Ricardo is caught while trying to break into Building 26. After being awakened by Janey, Ricardo breaks into Anna's room and frees her. The two of them go to Victor and Anna convinces him to transport them to Valerie. Ricardo then stays with the other fugitives while Anna rushes to stop Rachel.

Ricardo has the ability to bring out uncontrollable primal rage in others.