There weren't any evolved humans within his immediate vicinity when he pulled that town into the earth. Does this mean that the carnival was simply close enough to him (which seems unlikely given its distance), or that he somehow retains the power he absorbs from other evolved humans?--PJDEP - Need further explanation? 22:42, 18 January 2010 (EST)

Does anyone else think Samuel's descent to super villainy has been far too rapid? That he makes a much better morally gray character? Right now, he is clearly in the evil category. --User:Blood69 21:35, 2 February 2010 (AEST)

He has resorted to murdering members of the Carnival without the remorse he felt by killing Joseph and even speaks derisively of a lifestyle he once embraced. He no longer cares if members of his own family dies. Burying Noah is understandable, he is or was a bigoted murderer. But he has attacked Lydia, Tracy and even tried to destroy Sylar who he attempted to recruit. No, he has lost the plot. And he is right about being shunned and rejected, but he no longer even respects his own kind. He has become Adam Monroe without the RCR. --User:Blood69 07:14, 3 February 2010 (AEST)

While it is true that he has shown that he lets emotions get the better of him by the way he went overboard by destroying a small town after Vanessa rejected him, that he killed his brother Joseph in a fit of rage (though Samuels anger is understandable since his brother had betrayed him and was going to give him over to the government despite the fact that Samuel had done nothing wrong, so put yourself in his shoes, of course he was upset. Was he right to kill Joseph? No, and he deeply regretted it. But it is understandable that he was very upset because he trusted Joseph) Yes, he also went overboard that he made a house fall through a sinkhole because they wouldn't let him inside (though in fairness, he did that because he felt like they were looking down on him and shunning him, but still it was an overboard reaction that showed how he operated on runaway emotions sometimes), the destruction of the police station is a different matter, and about Samuel's philosophy and inner feelings instead. It didn't matter that he didn't personally know Jeremy and he didn't do it because he'd lost a potential recruit. He destroyed that police station because he was angry about what they did to Jeremy who was one of Samuel's own kind. Samuel hated how the world in which he lived shunned and rejected evolved humans and treated them like they were sub-human freaks. For Samuel, Jeremy's death hit hard, because it was deeply upsetting that they'd hurt and killed yet another person who was like him. He felt the same way about those hick cops like he did about Noah Bennett, the Company, and Danko. They persecuted people like him just because they were different, and that's really what Samuel's agenda started out as. He was sick and tired of living in a cruel world where they were discriminated against and persecuted. By the end of the show, he loses sight of things though, and his descent into "villainy" in those last few episodes was way too rapid, but I guess that's because the show was ending. I don't think they should have made Samuel a villain at all. He was a misunderstood person who was right about certain things (like how evolved humans should stand up against being oppressed, and how they shouldn't just resign themselves to a life as nomads in a carnival anymore), and he had good intentions. But then he lost it at the end when he started harming his own people and wanting to cause mass destruction. Heroesreborn, 18:59, 15 September 2015 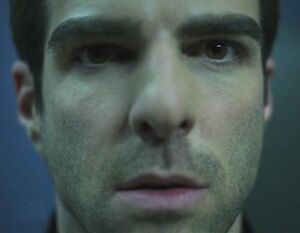 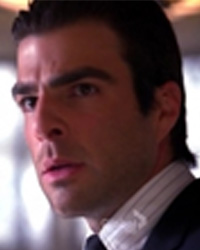 I'm beginning to see a pattern here... In almost every season's second half, we see a villain shave.

How was it possible that he lost all his power when everyone left? He obviously still has his powers, so why couldn't he use them? Is he that weak, that without other evolved humans, he can't do anything? What do you think, because I'm confused.--Spexile 18:23, 9 February 2010 (EST)

Maybe we should add to the trivia that samuel is the only character to appear in every episode of a single season. daevon 01:34, 11 February 2010 (EST)

Teleporting of the Carnival

It's been touched on, but not discussed here, as far as I can tell (if there was a discussion about this somewhere else, please point me there and disregard the rest (for the moment)). I know some have posited that 'another carny' may have been responsible for moving the Carnival, but unless we see that, we can;t assume that. What we did see was Samuel talking to Tracy outside the Carnival, then the two of them suddenly at the carnival (after whatever that spinning light show was). As such, since we know it wasn't Tracy doing it and Samuel was the only other character there at the time, aren't we forced to list that as part of his power until we get other evidence?

Once we start assuming 'off-screen intervention' we're on a very slippery slope (eg - How do we know that any character isn't Sylar in disguise; how do we know that displays of power (eg - telekinesis) isn't really Sylar offscreen, etc). I feel pretty strongly about adding this unless someone can come up with a good explanation (based on other evidence or our general policies) as to why it shouldn't be done. --Stevehim 16:46, 16 February 2010 (EST)