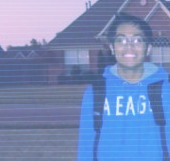 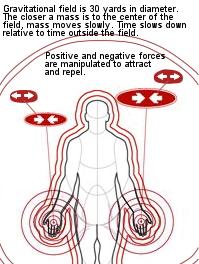 Azuteor
140 lbs
M
Black
American
Tan
Average
Asian-Pacific Islander, Filipino
October 27, 1991
New York
5'5
TN
student
none
Cerebral, Temporal/Spatial
Gravity Repulsion Manipulation (GRM) is the ability to control the force of attraction between particles of matter. Gravity Time Dilation (GTD) is the ability to slow time relative to time outside through the passing of matter at different potential energies because of its position in a gravitational field.
(Withheld)
REPULSION/GRAV. TIME DILATION
N/A

"Azuteor" was a name coined when he watched a meteor shower and noticed that the meteors were engulfed in blue flames. This name is used as his own persona. Azuteor, born on October 27th, is an Asian-Pacific Islander of Filipino descent. He is 5 ft 5 inches with black hair, brown eyes, and tan skin.

Azuteor lived a relatively normal life as an honors student in a Tennessean high school, making A's and B's. He spends most of his time sleeping and doing homework on school nights and during the weekend, he plays video games, uses the computer, and draws.

Before he discovered his ability, his power manifested during emotional stress, which includes: anger, anxiety, fear, sadness, and other negative emotions. The power to manipulate gravitational repulsion fully developed when Earth's gravity unexpectedly ceased to effect him, thus leaving Azuteor to float towards the sky. Azuteor's fear for his life only lessened his gravitational pull towards the Earth and forced him to control his emotions. He was able to return to the ground when he could calm himself down. The incident motivated him to suppress his emotions as well as learn about his ability. His constant experimentation with Repulsion Manipulation enabled him to shift his own center of gravity and defy it, which enables him flexibility to move at extreme heights and distances. His hands have positive and negative polarities. Opposing polar forces attract while similar polar forces repel allowing the ability to push and pull target object or person to and away from himself. Azuteor is known for intensifying Earth's gravity and immobilizing people around him. Overtime, he learned how to choose who/what should be effected. With great concentration, he can compress objects.

Azuteor's own gravitational field, at 30 yards in diameter, grew strong enough to slow time, though not completely. How fast an object moves is dependent on the position of the moving object within his gravitational field. The closer the object is to Azuteor, he will see the object as moving slowly while the moving object observes him as moving fast. Time moves a lot slower within that field. This ability comes into effect upon activation.

Azuteor has encountered groups of people with abilities that attend his high school. He attempted to communicate with them, but they proved hostile and proceeded to 'test' their own powers. He managed to immobilize the group by intensifying their center of gravity before they could hurt him. After the fight, Azuteor realizes that there are more people who are like him and became more cautious. This is his first time using his powers on another human being.

Azuteor has little fighting experience. How he fights is left up to his own imagination and in battle, he chooses cleverness over haste. His weapon of choice is the sword, but due to the impracticality of carrying it in public, he would use anything that closely resembles it.

(Note: Name has been requested to be withheld. Reason unknown.)

Subject should not be considered hostile when handled with as he is generally level-headed and respectful to Company employees. Recruitment is highly recommended as soon as further testing by Dr. Mohinder Suresh is completed.

An ambivert at heart, this calm and collected person rarely shows any sign of anger or sadness. Azuteor has suppressed emotions due to a belief "that one's emotions should never cloud reason." Azuteor prefers to think rationally; always treating life like a chess game. Deep inside, he is an insightful, understanding, chivalric, and caring person.

He is diagnosed with slight paranoid and anankastic personality disorder.