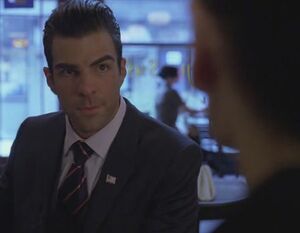 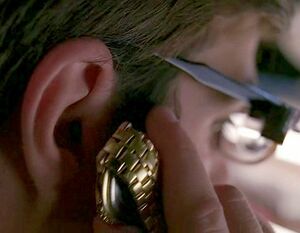 Ability: Intuitive aptitude
History: Sylar has always been a conflicted man. Going from a simple watch maker to homicidal serial killer. He was able to fix watches and understand them due to the ability of intuitive aptitude. When face to face with another man like him, the hunger, the horrific side effect of his power, kicked in and he now understood he was able to steal abilities for others. This effect made him the killer he is now known for. Sylar lost his abilities due to an injection of a virus. He ended up in South America, but wanted to get to an old "friend", so that could help him. He was soon healed, and he had his hunger inducing power once again along with his favored ability. However, every other ability he had once obtained were lost. This was a reboot for Sylar, and started a quest for new abilities. Arthur Petrelli had told Sylar he could gain abilities empathetically. He tries it on Elle Bishop an succeeds. He realizes who he is, and continues on his killing spree. Has has gained other abilities without killing, but not necessarily due to empathy. He is able to take powers without even staling them, just mimicking them. He has been doing this more recently as he wants redemption.