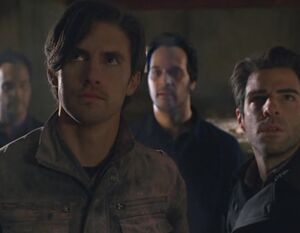 Original Ability: Empathic mimicry
Current Ability: Ability replication
History: Peter Petrelli is an empath. He cares a whole deal about others' well being. It is for this reason he became a hospice nurse. It is also the reason his feelings prompted the manifestation of his ability, empathic mimicry. Peter was able to absorb others powers empathetically. He would remember how he felt when they were around them and then access the powers. He had gained up to fifteen abilities before they were taken away by his father, Arthur Petrelli. To save himself and his brother, he injected himself with the formula, to give himself a synthetic power. He now has ability replication. This reboot allows Peter to be able to copy only one power at a time. He is very limited compared to what he used to do. He hung on to flight the most when being hunted by Danko. But when the hunt ended, and he got his old job back as a paramedic, he was being wise as to what ability would help him do his job, to save lives most.