From Heroes Wiki
< User:DocM
Jump to navigation Jump to search 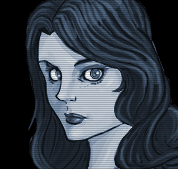 69%
Nick was an "ordinary" person who attended his local secondary high school until he discovered his ability to manipulate the space-time continuum, which manifested when he teleported into an alternate future where an explosion occured, wiping out New York City.


He soon visited America with his friend, Tom Millward (see C022), and saw former congressional candidate Nathan Petrelli, and met with painter Isaac Mendez (see C009). Nick was bagged and tagged by the Company, but he assaulted Thompson and escaped with Tom to another destination. His ability has, as a consequence, given him delusions of grandeur, as he has a firm belief that he can save the world. This is evident when he attempted to save Charlie Andrews (see C007).
Nick was apprehended by the Company again and monitored for two weeks until he managed to escape once again, immediately arranging a meeting with Tom. Their traces became unnoticable for a short time, until they were spotted in Odessa, Texas after the destruction of agent Noah Bennet's house. Eventually caught at Kirby Plaza, both Nick and Tom successfully eluded top agents and escaped from New York City. He is currently still a student, but his whereabouts are unknown.
When last under Company care, Nick Hayden was still at the beginning of his ability's manifestation, although he has some control over his teleportation destinations. It is recommended that close watch be kept on him at all times.

Nick viewed himself as an ordinary, if out-of-place, person attempting to keep up with the educational system. He was lazy, and had no motivation within his life. His sloth-like nature was remarked upon frequently, which drove him to near-insanity and caused several problems within his life. He also avoided asking questions, as he believed that asking questions made him look like he was not paying attention. He found a calmness when he reached the age of sixteen and became more sociable - it is unknown why this happened.


The manifestation of his ability made numerous changes to his life for the better - he learnt of an alternate future and vowed to save the world; he started to ask others to help him in his quest, and he dragged himself out of his slothful behaviour. His moral compass has not been affected by others' influences, and he always strives to do the right thing. The only time this is not the case is whenever he happens to meet Gabriel Gray (see C004), whom he believes to be friends with.


It's recommended to keep close tabs, especially if he manifests additional abilities or falls under the sway of someone who may pose harmful to The Company and its work.
Retrieved from "https://heroeswiki.ddns.net/index.php?title=User:DocM/Assignment_Tracker&oldid=175364"
Categories: