This page is a recreation of John Mulligan's Assignment Tracker 2.0 file. To view the original file, see here 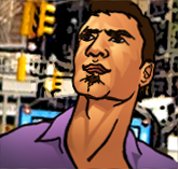 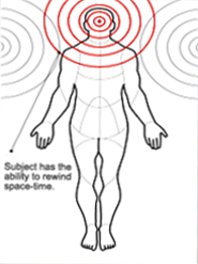 Grew up outside of New York City. His childhood was average, nothing of note. Attended college with no major and began work in corporate public relations. Manifested at the age of twenty-two (22) when he woke up after a particularly bad day. He found himself reliving that day but able to change the outcome of events because he knew what had happened already.

Early attempts to control his ability led to exhaustion and occasional fainting however, he had gained full control of the ability prior to Company contact. Upon tracking him down, agents were unable to make extended contact, as he was able to undo his own mistakes and stay ahead of them.

After the extent of his ability was known, he was recruited as a potential agent. He excelled quickly in all skill training at exceptionally quick learning paces however it is unknown how many times he rewound and retried training sessions. Until now, he has been a model agent, especially adept at assisting with cover ups and undercover missions.

Subject has the ability to rewind space-time. Ability is limited in relation to the amount of energy the subject is able to use at any given time. Most rewinds are limited to under an hour at the highest, though on extremely rare occasions he has been able to rewind as much as twenty-four hours.

The subject will have total memory of everything from both the original events and what he alters as a result of going back. Others who are affected appear to retain their memories from both sets of events, however, only those who are aware of it happening will recognize it as anything other than déjà vu.
Retrieved from "https://heroeswiki.ddns.net/index.php?title=Assignment_Tracker_2.0/John_Mulligan&oldid=17701"
Category: